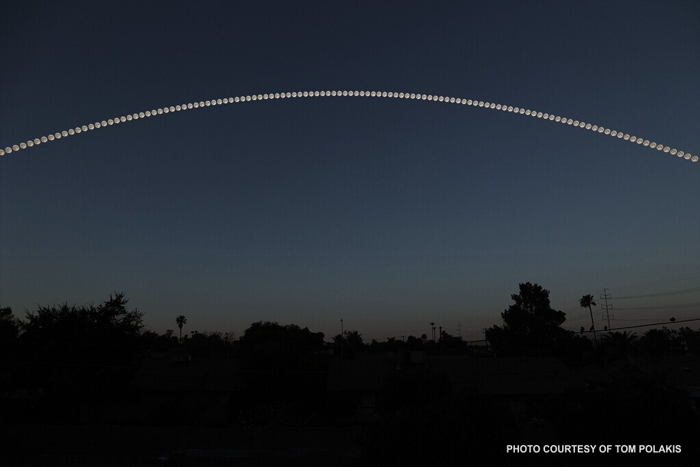 If you’re even a casual skygazer, you may have noticed the Moon seems a bit “low” in the sky lately. I’m not talking about when it’s rising or setting, but when it crosses the meridian, at which time it reaches its highest elevation for the night. The Moon is, in fact, currently making some of its lowest sweeps through the sky since 2005.

This time-lapse photo shows the Moon culminating around 30° elevation (about as low as it can go) on June 14, 2022. Images were taken every 3 minutes over a time of 6 hours. View is to the south from Phoenix. The photo is used with the permission of Arizona astrophotography guru Tom Polakis. You can see more of Tom and Jennifer’s work at:

Near the Summer Solstice (June 21 this year) the Full Moon is always low in the southern sky. It’s a natural result of Earth’s tilt as we move through the seasons. If you want to see why, check out my post: Why the Moon is Higher in Winter.

But this year the Moon is especially low because of another cosmic cycle overlaid on the seasonal cycle — the rotation of the Moon’s tilted orbit relative to Earth. The technical term for this is nodal precession. It’s nothing new and has been well understood for centuries. The Moon’s orbit is inclined to the Earth’s orbit by 5.1°, and the plane of the Moon’s orbit drifts westward over time with a period of 18.6 years. Here’s the geometry: 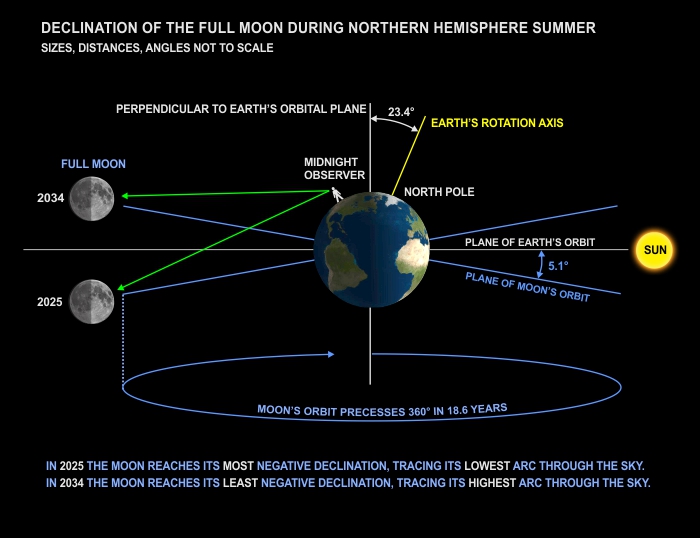 In 2022, the Moon is approaching lowest possible culmination in its 18.6 year cycle. In 2025 its elevation will begin to increase, reaching a maximum in 2034 (half an 18.6 year cycle). So we’ll be having low Summer Full Moons for awhile yet. Take a look outside next Full Moon on July 14.

The elevation of the Moon can be calculated for any date, and is a function of the Moon’s declination — its elevation above or below the equator. The year 2034 was identified from an online ephemeris:

If you peruse that chart, you’ll see that the Moon was previously at low-declination in 2005. The following photo, also by Tom Polakis, shows the First Quarter Moon on September 10, 2005. It was taken in Homer, Alaska (latitude 59.6° N). View is to the south. The Moon’s declination was -27.8°, which results in a culmination elevation of around 2.5°. Now that is a low Moon. 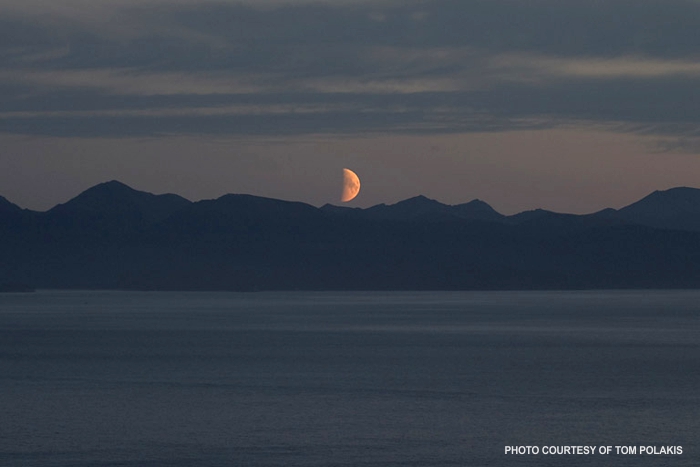 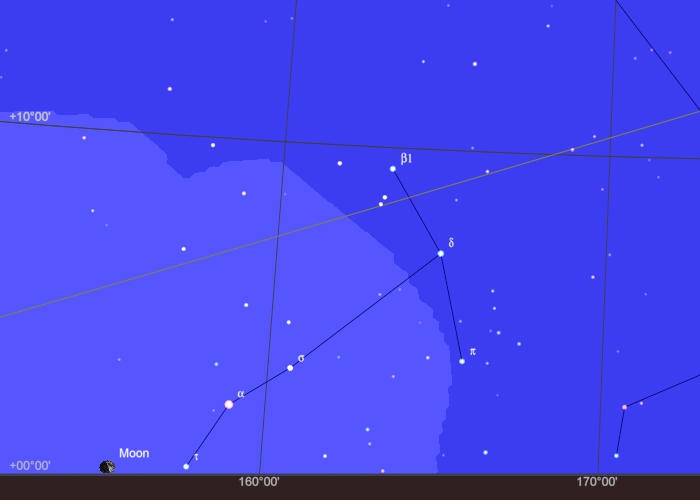 At latitudes above the arctic circle you can experience the Midnight Sun. You can also experience what I like to call the Noon Night — 24 hours of darkness. A few weeks before and after Noon Night the Sun makes a brief appearance in the southern sky, much like the Moon in the animation. The phenomenon has no special name other than “really short day.”