Question: I saw that new photo from the James Webb Space Telescope, the one they call “pillars of creation.” I get the “pillars” part. But what exactly is being created? — KL, Detroit, MI

Answer: Stars and planets and moons. The top photo shows both the Hubble Space Telescope (HST) image and the JWST image for comparison. The pillars look more opaque in the HST photo because it operates mainly in the visible light part of the electromagnetic spectrum. But JWST can see infrared (heat) wavelengths as well as visible, so it can peer through the gas and dust and detect stars inside the pillars.

The Pillars of Creation are part of the Eagle Nebula, a vast cloud of gas and dust 7000 light-years from Earth in the constellation Serpens. I downloaded this higher resolution image from NASA (below). The view spans around 8 light-years x 14 light-years: 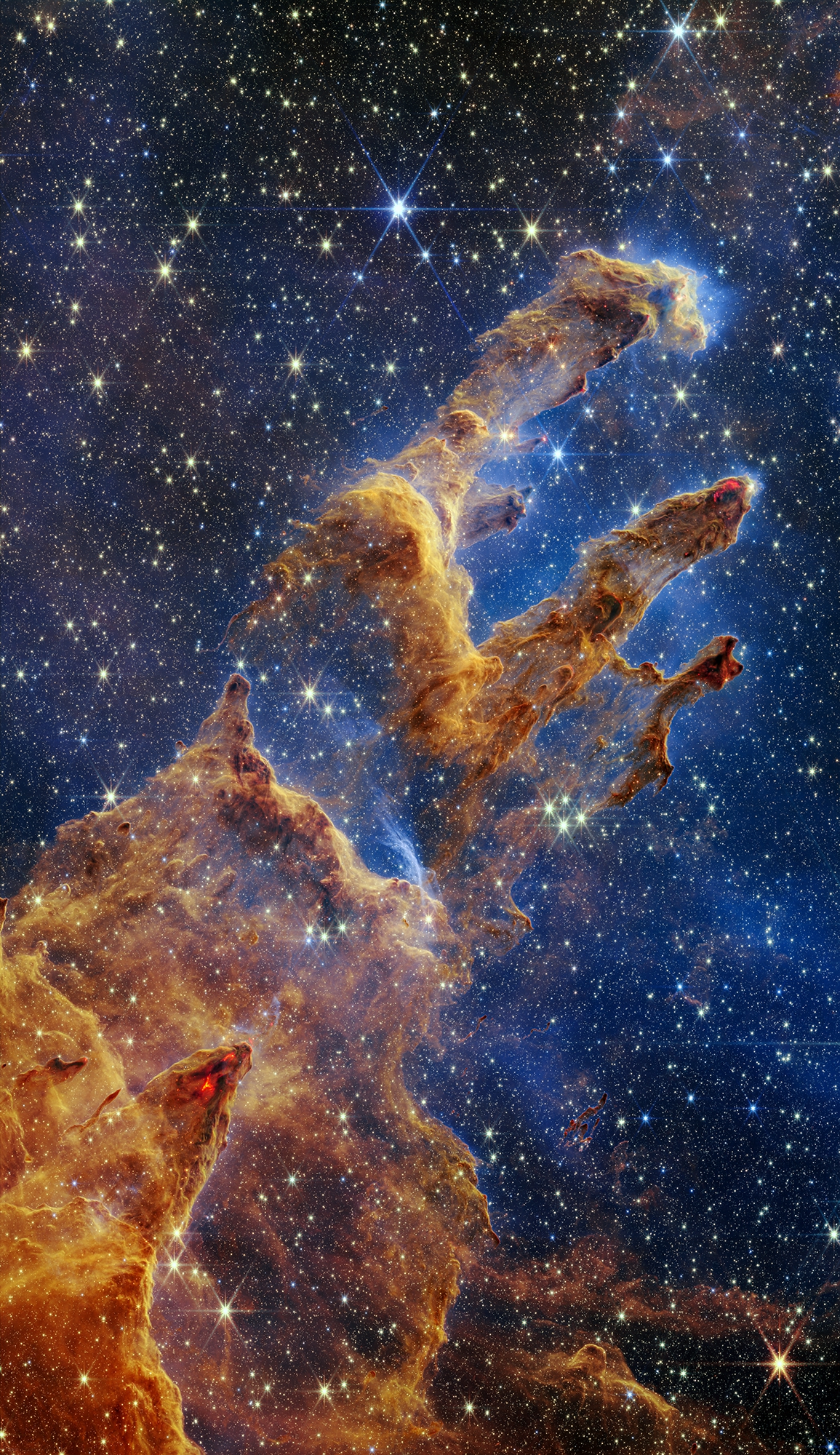 Here’s where the “creation” part come into play. These clouds of gas and dust experience turbulence caused by shock waves from exploding stars, galactic magnetic fields, and their own self-gravitation. When a region of the nebula gets dense enough gravity will take over and compress it all the way down to a star. Many of the stars you see in the nebula are “just” 1–2 million years old. Our Sun, by comparison, is about 4.5 billion years old.

Although planets and moons usually form after the star is born, the two processes are always intermingled. So there are likely planets and moons being created as well as stars. One of the things studies of exoplanets has taught us is that most stars in the universe have multiple planets. And though not all planets have moons, we know moons are formed by similar processes.

A more recent photo from JWST shows the nebula in mid-infrared wavelengths of light. Here the pillars appear even more solid because shorter wavelengths are scattered more strongly by dust. Very few of the interior stars can be seen. The reddish region at top is where the dust is cooler and more diffuse. NASA released this version just in time for Halloween — they said it looked sufficiently “spooky” with its contrasting colors, and seemed like a “ghostly hand” reaching out to grab you: 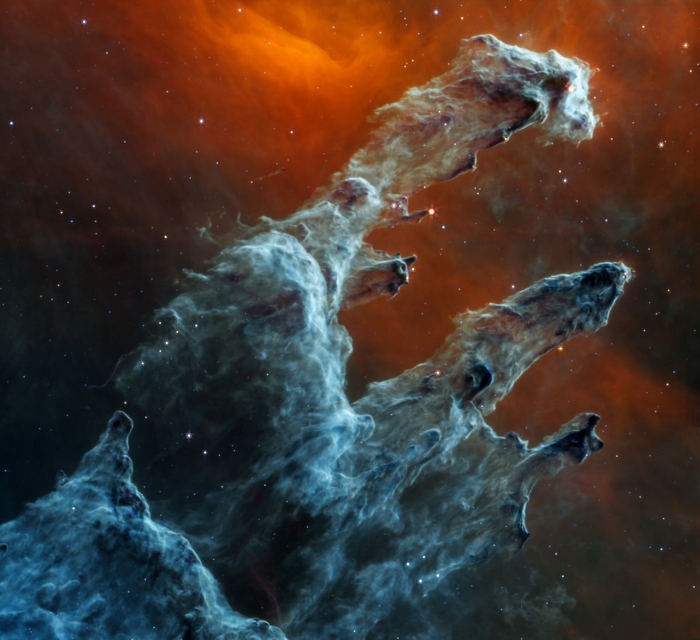 Different wavelengths of electromagnetic waves allow astronomers to see different aspects of the same object. That’s a huge benefit for astrophysicists who are tasked with explaining what we see.