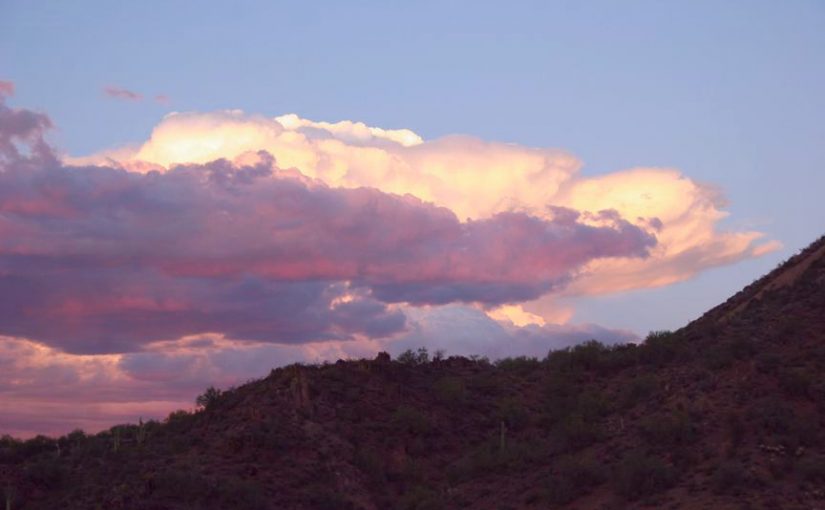 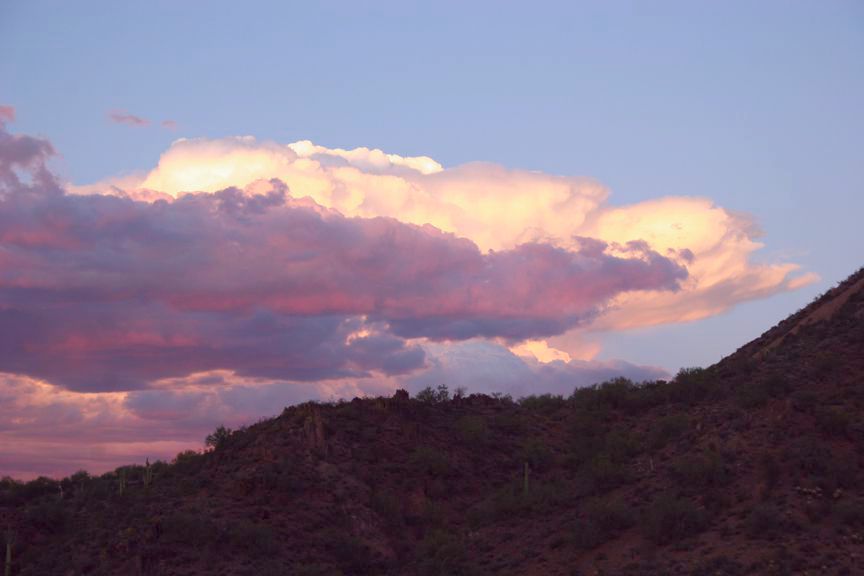 If you’re a regular reader of Sky Lights you know I’m a cloud watcher as much as a stargazer. In fact, when I browse the web one of my go-to sites is The Cloud Appreciation Society. They’re always adding new photos from members. I’m not a member and have never submitted any of my own photos, but was tempted to with this one.

Not like the colors red, white, and blue are rare in the sky. But the juxtaposition of all three in this scene made those colors all the more striking. This photo was taken about an hour before sunset after a brief rain. The highest of these clouds was still in bright sunlight and so appears white. The water droplets in a cloud scatter all colors of light, which is why clouds illuminated by direct sunlight are mostly white.

The middle cloud appears red because of Rayleigh scattering when the Sun is low in the sky. This is also why sunsets are typically reddish or orangish colored.

The lowest (and most distant) cloud, visible just over the ridge, appears blue because it’s in the shadow of other clouds and not directly illuminated. But it is illuminated by the same scattered light that gives our sky its blue color. This is also why distant mountains look bluer than they really are.

Not a whole lot of complex science this week. Just something you already knew: sunsets are red, clouds are white, and the sky is blue. But there you have it all in a single photo.

Next Week in Sky Lights ⇒ The Pillars of Creation

Hunter’s Moon Rising With Jupiter
Q&A: The Pillars of Creation