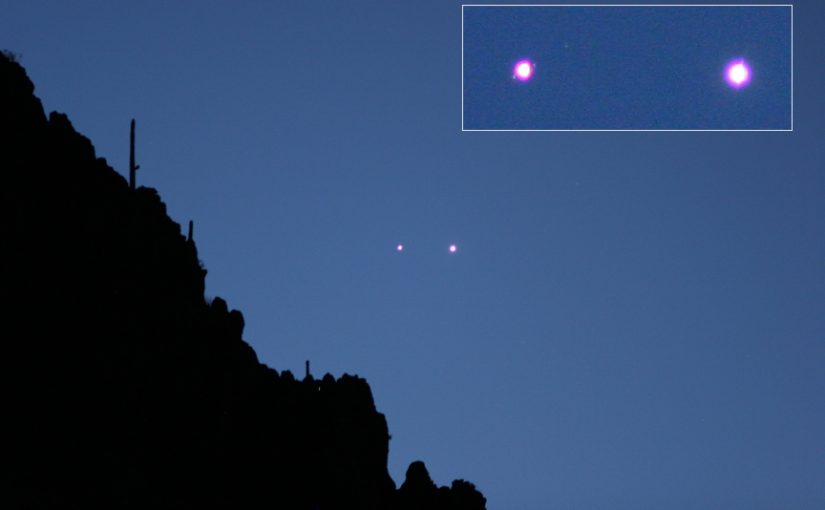 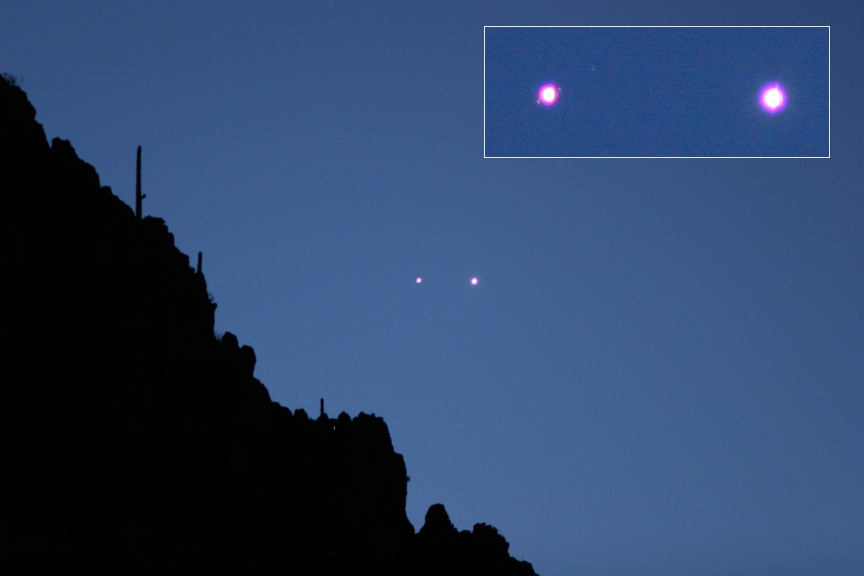 I gave my readers a heads up about this April 30 planetary conjunction a few weeks ago. This photo shows what it looked like at closest approach just before dawn. Jupiter is to the left of brighter Venus. The inset is a magnified view of the pair. My camera was set on full auto to get good contrast between the sky and mountain, which it did, but that left the planets slightly overexposed.

It’s important to note that Jupiter and Venus were not physically close — Jupiter was actually some 670 million kilometers (420 million miles) farther out in the solar system. They just happened to “dance” into near-perfect visual alignment on that date. The two passed within 0.2° of each other in the sky. For comparison, the Full Moon has a diameter of 0.5°. Had it been in the sky that morning it would have looked like this: 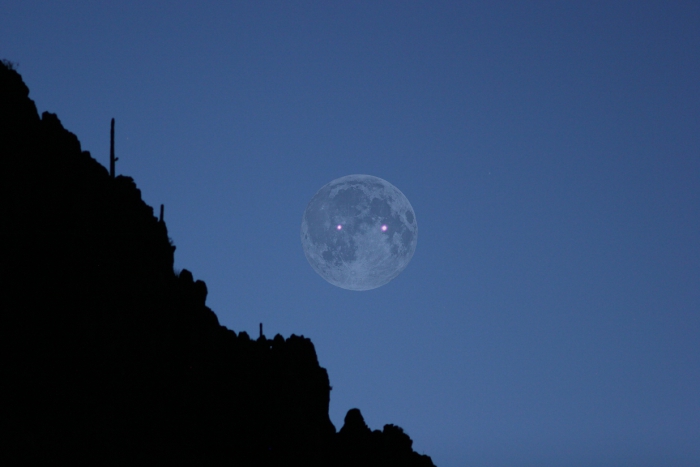 Of course, the Moon is closer than the planets and it would have blocked them from view, but I overlaid it to show how close Jupiter and Venus passed each other in the sky. They’re moving in opposite directions, so by next morning the conjunction was over.

Below is an even more magnified image. Three of Jupiter’s four largest moons are visible: Left to right are Ganymede, Io, and Callisto (circled). Europa is hidden behind the planet. Venus shows a gibbous phase looking like a quarter moon, but it’s washed out by the glare so I added a semicircle to clarify it: 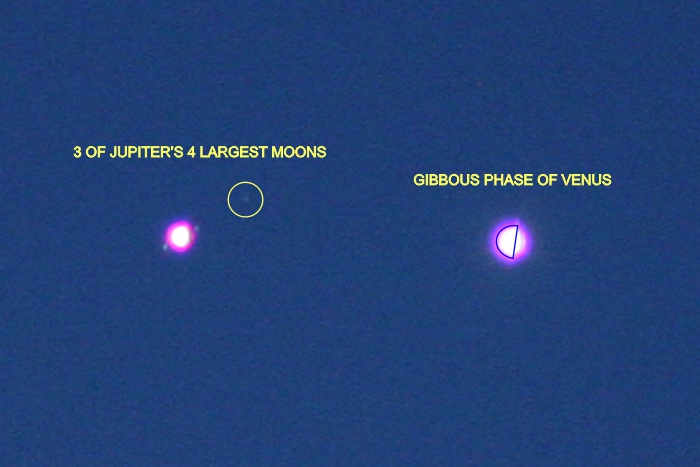 There was a narrow window of time between when Jupiter and Venus first rose from behind the mountain, and when the sky became to bright to photograph them. I caught them around 5-10 minutes after they cleared the mountain. Another 10 minutes and they were getting difficult to see.

If you scroll back up to the first image and look closely, you’ll see a few pixels of blue sky showing through a “hole” near the edge of the mountain. It’s just below and to the right of that lowest saguaro. I’ve pointed out another nearby “hole” in a 2012 post: Blue Moon Rising. They’re not so much “holes” as they are spaces between a fallen rocks and the solid part of the mountain. These rocks continue to settle so the positions of the “holes” change over time.

What I’d like to get is a photo of the Sun or Moon shining through one of those holes just before they clear the mountain. Either should produce a spectacular “starburst” effect. The Sun rises around that area near the Winter Solstice. The Moon does so more frequently. My digital planetarium Cartes du Ciel allows me to predict when these alignments will happen. Unfortunately, it doesn’t predict weather and personal schedules. But sooner or later I hope to write a post titled Starburst on Gavilan Peak.