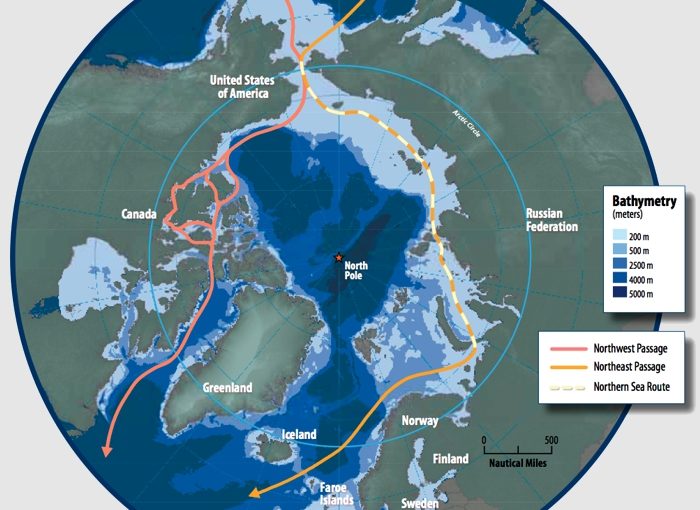 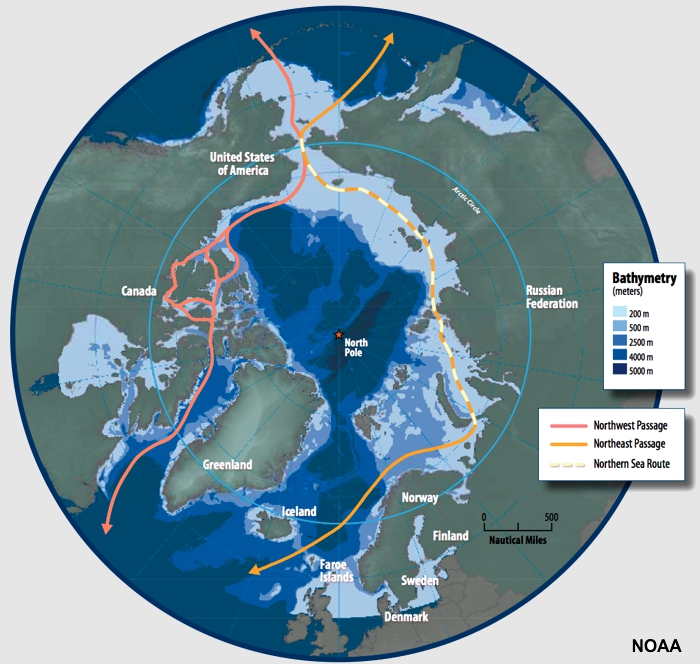 Question: I read that because of decreasing ice in the Arctic, ships will be able to use the Northwest Passage more often than normal, maybe even year round. That saves a lot of fuel. And most ships burn diesel, so that’s a good thing. Would you not consider this a positive consequence of climate change? — Anonymous, Florida

Answer: Yes, in the same sense that global warming reduces demand for heating fuel. Any crisis you can name has positive consequences — if you’re willing to stretch the definition of “positive.” Let’s take a closer look at the Northwest Passage, and the lesser-known Northeast Passage, most of which is through waters controlled by the Russian Federation (Northern Sea Route on the map).

Both routes can indeed save fuel. Alternative routes between the oceans include the Panama Canal and Suez Canal, or the long route via the cape of Africa or Drake Passage. But the amount of fuel saved depends greatly on where the source and destination ports are located.

For the Northwest Passage, distance and fuel savings are greatest when shipping between the west coast of North America and the east coast of Asia. The voyage can be up to 7000 km shorter. For the Northeast Passage, here’s some numbers from The Arctic Institute:

In theory, distance savings along the NSR can be as high as 50% compared to the currently used shipping lanes via Suez or Panama. Whereas a voyage from Japan to Europe takes roughly 29 days via the Cape of Good Hope and 22 days via the Suez Canal, it takes just 10 days via the Arctic Ocean.

Of course, whatever the difference, if time and fuel and money can be saved, expect shipping companies to take advantage of these geographic shortcuts.

You are correct about less Arctic sea ice these days. This is a direct result of global warming. Here’s a graphic showing the difference in September ice cover between 1984 and 2012:

In the 10 years since 2012 ice cover has continued to wane. The Northwest Passage has been ice free during the summer several times in the last decade. And when it is, it’s staying open for more of the year. Even luxury cruise ships have made the trek.

But there are downsides to this ice melting. The photo below shows what are called melt ponds on top a layer of otherwise solid ice. Looks like “holes” in the ice, but these small ponds still have several feet of solid ice below them. The fact that the water looks dark, and the ice looks white, is a consequence of water absorbing sunlight and ice reflecting it. And that warmed water melts even more ice. All it takes is one sunny day to get these melt ponds started. From there you get an accelerating positive feedback loop. 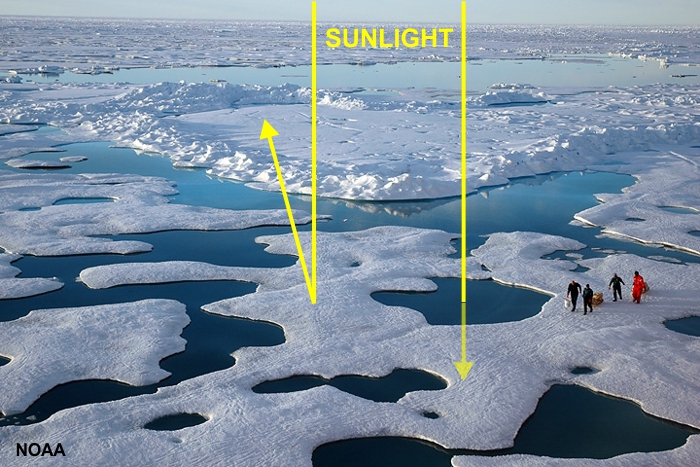 Here’s some more downsides to having increased ship traffic through the Northwest Passage:

Using the Northeast Passage has similar downsides. Plus, it needs a fleet of Russian icebreakers to stay open — even in the Summer. Ships transiting the passage pay a fee for this service, in addition to other transit charges. And if the current economic sanctions stay in place, future traffic will be limited to the Russian Federation and its allies. For shipping companies, the Northwest Passage looks far more attractive.

But if shipping companies look at the Northwest Passage from the viewpoints of geography, politics, climate, and environment, things get a bit more complex than “shorter is better.” Nonetheless, I fear that if global warming builds it, they will come.