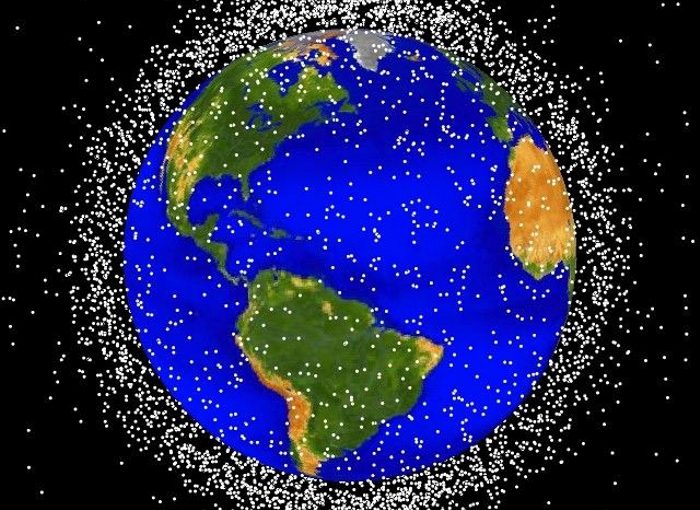 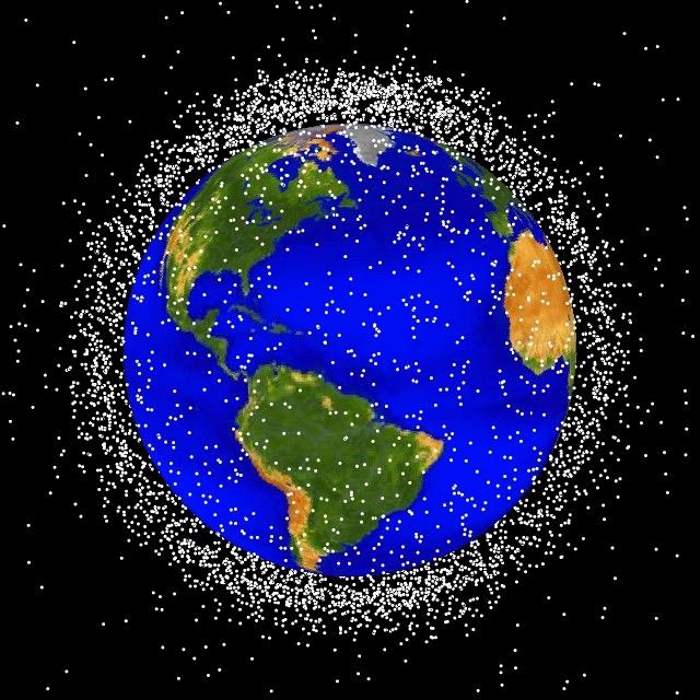 This graphic shows the amount and location of space debris orbiting Earth. Image credit: NASA’s Goddard Space Flight Center/JSC. If you want to see how it looks in motion, check out this video:

Space debris made the headlines following the recent test of a Russian anti-satellite missile against Cosmos 1408, one of their own (defunct) satellites. China did the same back in 2007; India in 2019. All combined, they created 5270 pieces of debris large enough to track (golf ball size or larger) and hundreds of thousands of smaller fragments still large enough to do damage. Here’s a tally of the total amount of debris currently in low Earth orbit (LEO), where 4700 active satellites, including the ISS and HST already reside:

Given that debris can impact at speeds up to 27,500 kph (17,100 mph) even the smallest fragments can inflict damage on active satellites. Windows on the ISS have needed replacement after impacts by “paint fleck” sized objects. Impacts by larger objects could be catastrophic. Anti-satellite tests violate the Outer Space Treaty which prohibits “harmful contamination of space and celestial bodies”, but enforcement is difficult. The situation is urgent because LEO debris levels have increased 50% in the last five years.

In fairness, the US is culpable for its own anti-satellite tests, the last of which occurred in 2008. But all US tests were done at lower altitudes where the debris fell back to Earth within a few months.

This brings us to the Kessler Syndrome. In 1978, NASA scientist Donald Kessler put forth the idea of collisional cascades, wherein space debris reaches a critical threshold of “objects per cubic kilometer”. At that point, debris starts impacting active satellites which creates even more debris and we get a runaway cascade of collisions. The end result would render LEO unsuitable for satellites.

Of course, there will always be some debris falling back and burning up in the atmosphere. There’s enough air drag even in LEO to slow debris by friction. The largest fragments might fall in a matter of weeks. Smaller fragments could pollute LEO for centuries. Rockets could still pass through the LEO to reach higher orbits with only minimally increased risk of impacts — it only takes a rocket some 30 seconds to cross the zone. But higher orbits are not the most desirable for some missions, and launch costs are greater.

The math used to predict the onset of Kessler Syndrome is analogous to something called mean free path. If you have a collection of particles moving randomly, it’s possible to calculate the the probability of a collision based on the number density and size of the particles. To apply that to the Kessler Syndrome we’ll use this model: 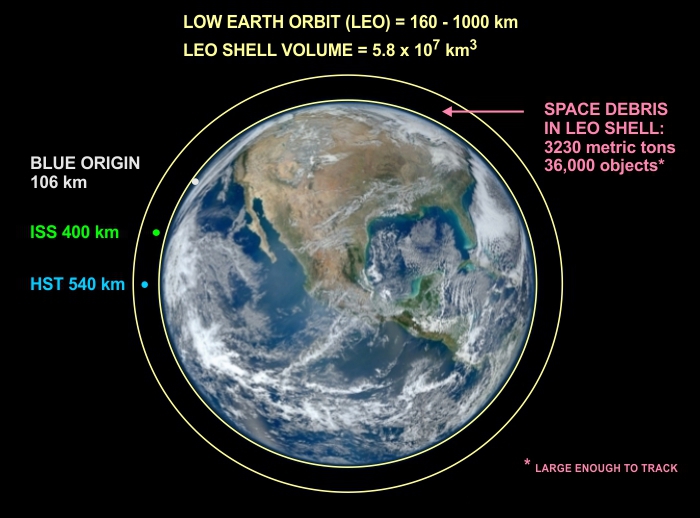 Not counting the ISS, the average satellite has a cross-sectional diameter around 3 meters. Of course, “diameter” depends on orientation, but 3 meters is a good round number to work with. We’ll use 0.05 meters for the debris size — the smallest in the range we can track and count. The formula for mean free path is:

This gives us a value of µ = 2.0 × 107 km, meaning that on average the satellite will cover a distance of 55 million km before experiencing an impact. Since a single orbit in LEO covers a distance of around 43,000 km, that means there will be an impact after some 1280 orbits. 1280 orbits takes around 79 days.

Obviously, most satellites last longer than 79 days — some have been up for decades and covered their mean free path thousands of times. The problem with this calculation is that motions of satellites and space debris are not truly random (like particles in a gas). They tend to be more 2-dimensional, with most moving around Earth at a near-constant altitude. Still, the mean free path calculation provides insights into how the Kessler Syndrome could be triggered if the amount of debris keeps increasing and mean free path keeps decreasing.

Given that LEO is certain to become more populated over time, both by active satellites and debris, several methods for removing debris have been investigated, but there appears to be no “one size fits all” solution. LEO is some pretty valuable real estate, and the spacefaring nations need to cooperate to solve the debris problem.

Not blowing up satellites would be a good start. Further, simple measures could be employed to automatically de-orbit spent boosters and dead satellites. All it would take is reserving some fuel for deceleration and/or tumbling (which increases the air drag). That’s already being done by some launch operators but the practice needs to become universal.