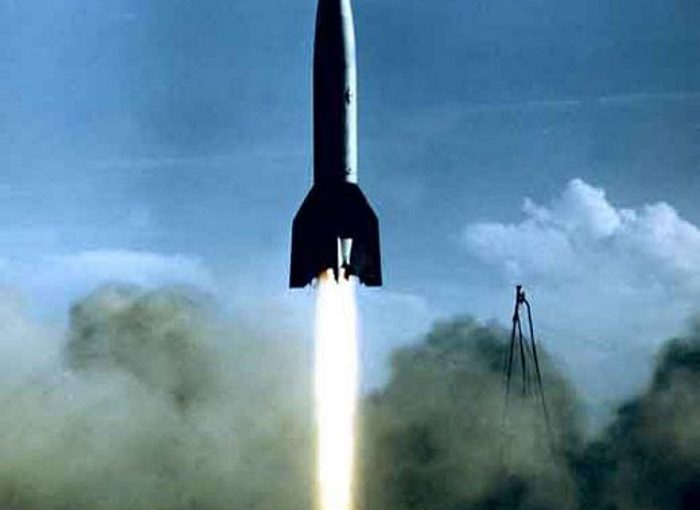 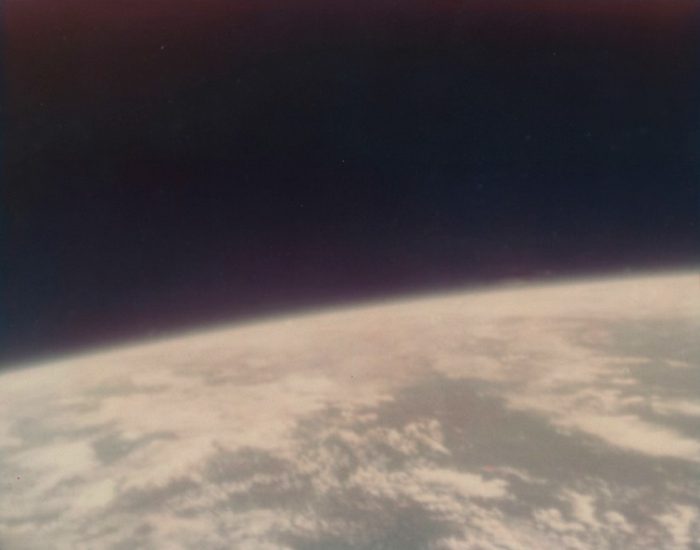 Recent research into V-2 rockets led me to uncover a previously unknown milestone in the history of space science. I had mistakenly believed the first photo of Earth from space was shot by John Glenn during his Friendship 7 flight on February 20, 1962. Glenn used a simple Minolta Hi-Matic, one of the first automatic cameras. Several frames were taken, but the one above was his first. It shows Glenn’s view over the Atlantic looking east toward Africa.

As it turns out, Glenn’s photo is the first taken by a person. The first photo of Earth from space actually predates that by 16 years. Here’s the background story …

After WWII Allied forces captured some 300 rail cars of V-2 parts, including engines, fuselages, propellant tanks, gyroscopes, and other components — enough to build 80 rockets. The parts were transported to White Sands Proving Grounds in New Mexico where they were used in America’s own space program.

Here’s a photo of a V-2 being launched. The propellants were ethanol and liquid oxygen pushed by turbopumps into the combustion chamber. It was powerful enough to reach altitudes well beyond the Karman line at 100 km. 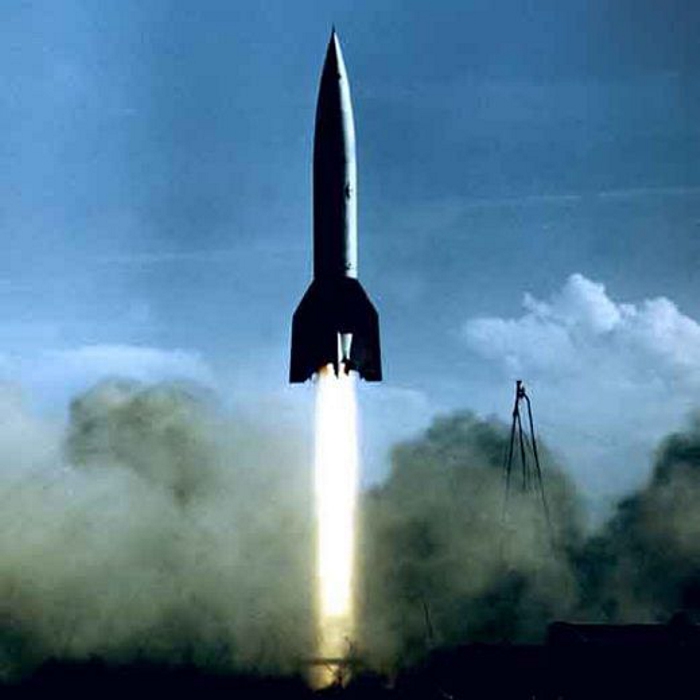 Not all launches were successful, but scientists learned a lot of valuable astronautics by experimenting with what was a fairly advanced weapon. For the 13th launch they decided strap a camera into the nose cone — specifically, a Devry 35-mm movie camera loaded with black & white film. The camera and film were inside a protective steel box to better survive the crash landing.

On October 24th, 1946, the rocket was launched vertically to attain maximum altitude. Its engine sputtered to a stop around 105 km (65 miles) altitude. The V-2 coasted for a bit, slowed to a stop, and then fell (nearly) straight back down to the ground a few miles from the launch pad. It impacted with a speed of 150 m/s (500 ft/s). Miraculously, the film (but not the camera) survived. This is one frame of what the camera recorded. It shows the view to the west over New Mexico and parts of Arizona: 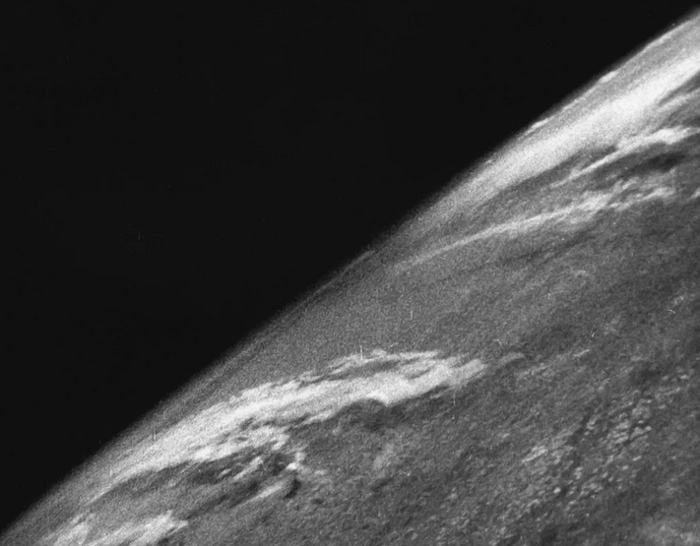 So that is indeed the “first photo” of Earth from space. A bit grainy compared to what we see these days, and no glorious color, but a first nonetheless.

One year later researchers at White Sands, led by physicist John T. Mengel, modded the engine and were able to get photos from over 160 km (100 miles) altitude. From that height the Gulf of California came into clear view and more of Earth’s curvature was visible: 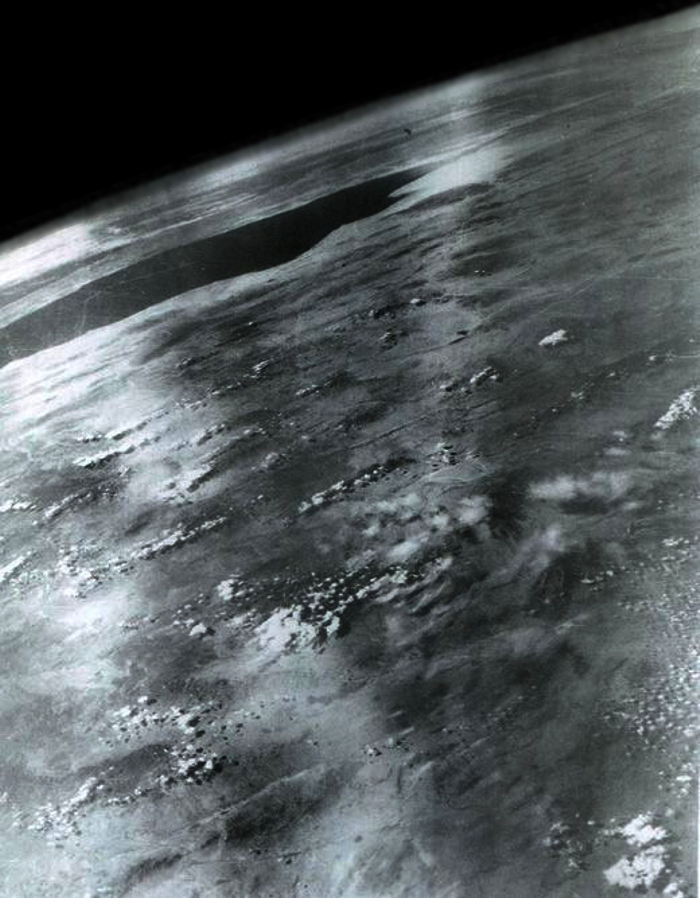 Between 1946 and 1950 scientists obtained over 1,000 images of Earth from space using V-2 rockets. After that, with the knowledge gained from V-2 experiments, they designed and built their own rockets. Those include the now-iconic Corporal, Atlas, Redstone, Nike, and Aerobee. White Sands Launch Complex 33 was, unquestionably, the birthplace of America’s space program.