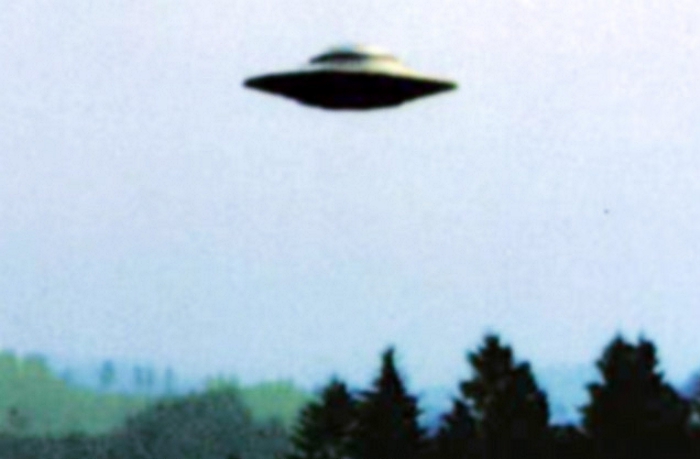 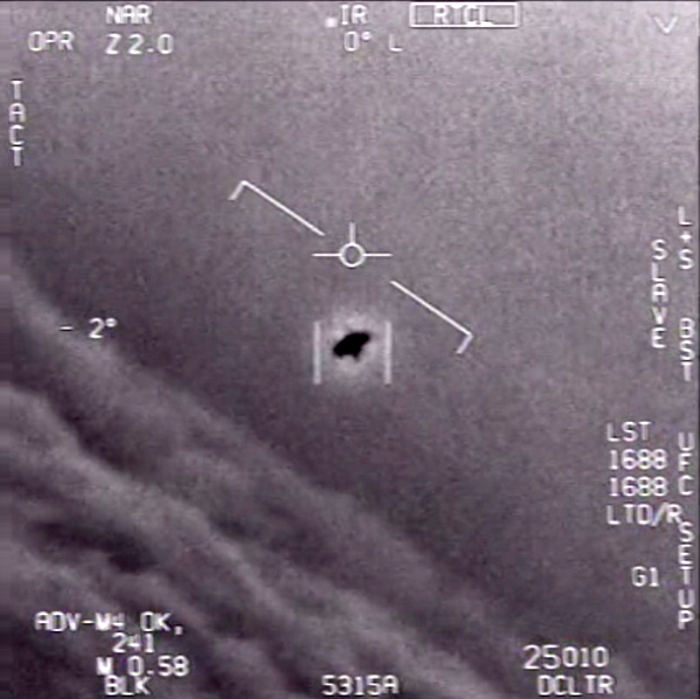 Question: UAPs have been in the news a lot lately. What’s your take on what they are and where they’re from. — TJR, Harshaw, WI

[NOTE: I was asked this question well over a month ago, but wanted to wait until the Pentagon delivered its unclassified Preliminary Assessment: Unidentified Aerial Phenomena to Congress. It was released on June 25, 2021, covers observations from 2004 to date, and runs 9 pages, the last two of which are appendices. Many reporters in the mainstream media gave their takeaways, but I wanted to read it myself and form my own opinions. There was also a classified briefing given to the House Permanent Select Committee on Intelligence, and presumably it provided additional information. The UAP “photo” above was officially released by the Pentagon earlier this year. It’s a single frame from an infrared video recorded by an F-18 Hornet.]

Answer: Before I proceed I’d like to remark on a curious change in terminology. UAP is an initialism for “unidentified aerial phenomenon”. Those things used to be called UFOs (unidentified flying objects). What’s the difference? Either way, it’s something you can’t identify and it’s moving through the air. </rant>

The term UAP originated in the Pentagon sometime around 2010. They don’t really talk about it, but I suspect the name change was to distance their investigations from UFOs and all the CRAP (completely ridiculous alien piffle) associated with them — things like crop circles, cattle mutilations, and alien abductions.

So here’s my takeaways from the report. It’s similar to what others have written, with a few scientific nuances:

Other sections of the report describe how the Pentagon plans to improve data collection, standardize UAP reporting procedures across all government entities, and reduce the stigma of reporting UAP encounters. But nowhere in the report do they say what they think UAPs are or where they come from. The Pentagon claims there just isn’t enough good data to reach any conclusions. So what does this report really tell us?

Below is a classic UFO photo from the 1950s. X-Files fans will recognize it from the poster in Fox Mulder’s office. The photo is attributed to Billy Meier and was taken somewhere in Europe. Like most UFOs reported in that era it had the classic “flying saucer” shape, though cigar shapes were sometimes seen. Many of these early photos and videos were shown to be hoaxes. The others remain unverified. It’s worth noting that UAPs reported by military pilots over the last 17 years are rarely described as “saucers”.

Taking the Pentagon’s report at face value, here’s what really puzzles me …

UAPs appear to have no control surfaces — wings, stabilizers, or hulls shaped to produce lift. Yet they fly. Nor do they appear to have conventional engines as they emit no sound or exhaust. Yet they can accelerate, turn rapidly, and move at supersonic speeds without producing sonic booms or contrails. Recent observations suggest UAPs also have underwater capabilities.

We have no idea how to build anything even approaching that level of performance, and that’s what drives the military interest. If this technology is built by an adversary we’re in real trouble. One analyst described it as “beyond-next-generation technology“. UAPs seem able to perform maneuvers that defy the laws of physics, with near-instant changes in direction and speed. This analysis estimated accelerations could range from 75g to 5000g.

For comparison, our most advanced aircraft (the F-22 for example) are design-limited to around 10g because that’s the maximum pilots can sustain before blacking out. For unpiloted drones there’s still a structural limit of around 60g. Beyond 60g the fuselage would fail, even if made from the strongest composite materials. Should an F-22 ever engage a UAP in combat the F-22 wouldn’t stand a chance. UAPs could easily outrun and/or outmaneuver missiles and bullets, and literally fly circles around an F-22.

So what are UAPs and where do they come from? Science has a hard time answering those questions. But I’ll tell you what I think UAPs aren’t.

Despite the Pentagon’s statement, I’d have to rule out UAPs being a top secret military program from any nation on Earth. The scientific breakthroughs required just couldn’t develop in a vacuum. Science never works that way. Consider how quickly the Soviets acquired our “top secret” nuclear bomb technology. It wasn’t just their spies — a large part of it was scientific knowledge shared before we became enemies. It’s difficult to imagine any one nation getting far enough ahead scientifically to build a UAP.

Unless, that is, one nation actually does possess a crashed alien spacecraft and is reverse-engineering their technology. But that would also be a very difficult secret to keep, and I’ve never been a fan of conspiracy theories.

Next Week in Sky Lights ⇒ What UAPs Could Be

Wildfires and Air Quality
Q&A: What UAPs Could Be