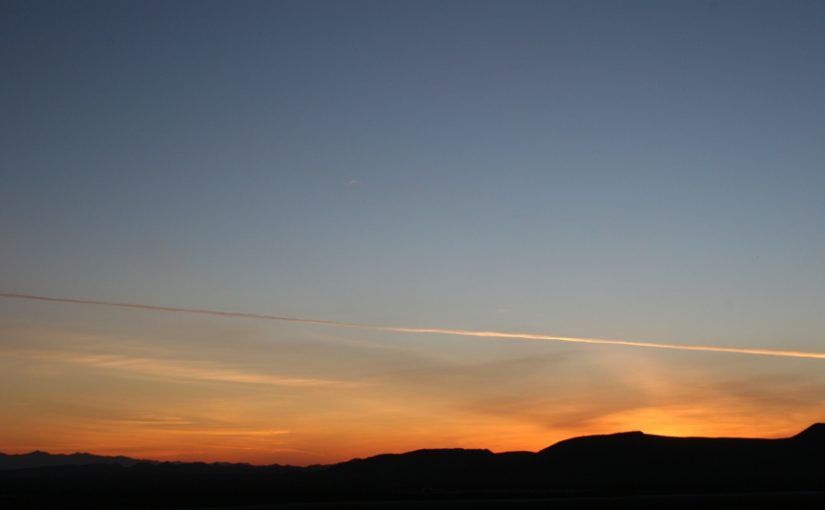 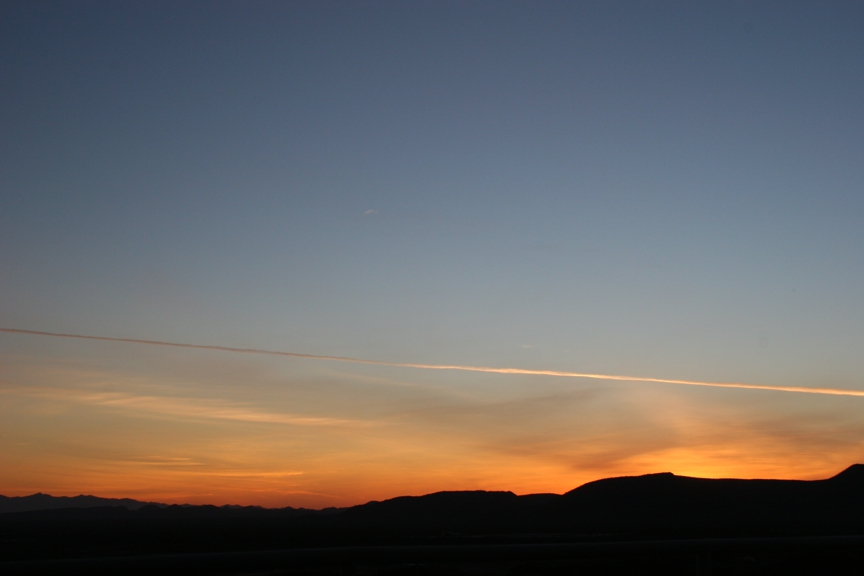 Question: I saw a contrail yesterday and I totally understand what they are. What puzzles me is that, a couple hours later, I went back outside and that same contrail was still there, pretty much in the same place. If contrails are basically clouds, how come they don’t move and disperse? — MJ, Kingston, Jamaica

Answer: Yes, contrails are clouds, and yes, they eventually disperse. However, contrails can persist for surprisingly long times. The NOAA is studying this persistence because clouds affect how much sunlight reaches the Earth’s surface, as well as how much infrared cooling occurs at night. Both processes are parameters in climate change models.

The photo above shows a section of a contrail that stretched from horizon to horizon (didn’t have my wide angle lens handy) and took two hours to disperse. I watched it change colors as the sunset unfolded, during which time it pretty much stayed in the same place.

Depending where you live relative to commercial flight routes you may see only occasional contrails. In busier locations near major air hubs, contrails proliferate. The NASA image below (from this press release) shows huge clusters of contrails drifting from the west coast to the east across the US: 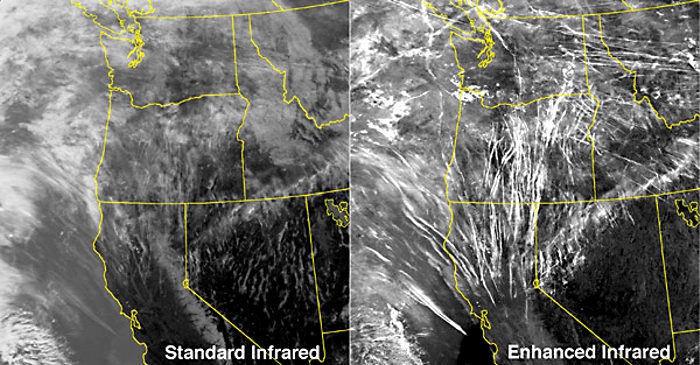 Many contrails disperse almost instantly, but those that persist can last up to an hour or more. Under ideal conditions (calm humid air) they can persist up to 14 hours. The FAA says contrails consist of:

But the only component needed for contrail formation is water vapor — same as a natural cloud. Any cloud can persist for a long time if the air is humid and the micro-droplets don’t evaporate. Calm air with laminar (if any) flow also contributes to longevity.

I’ve seen plenty of natural clouds hang out at one spot in the sky for a long time, so persistence is nothing unusual. It’s just that when the cloud is remarkable for its shape (like a contrail) you tend to notice it more. That’s a good example of selection bias. It’s a human trait that can “cloud” our judgment. Pun intended.

So contrails don’t really behave any differently than normal clouds, MJ. The only difference is that they’re anthropogenic and contribute to air pollution, like the exhaust of any internal combustion engine. And we’ve been painting the skies with these contrails since the start of the Jet Age in the late 1940s.

Next Week in Sky Lights ⇒ How to Make Fuel From Ice