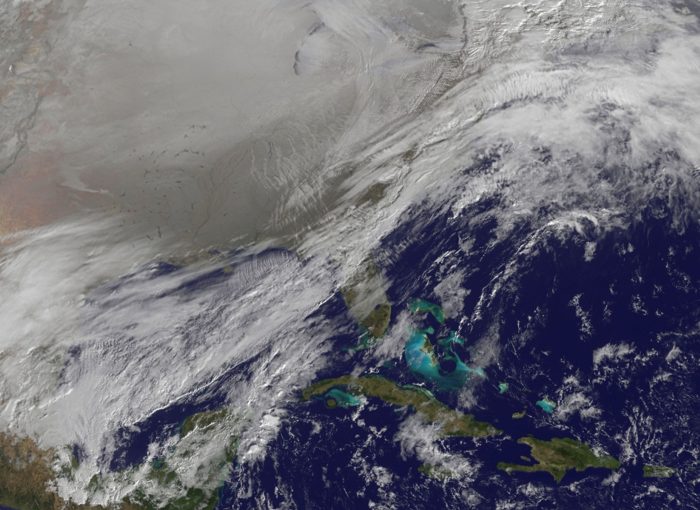 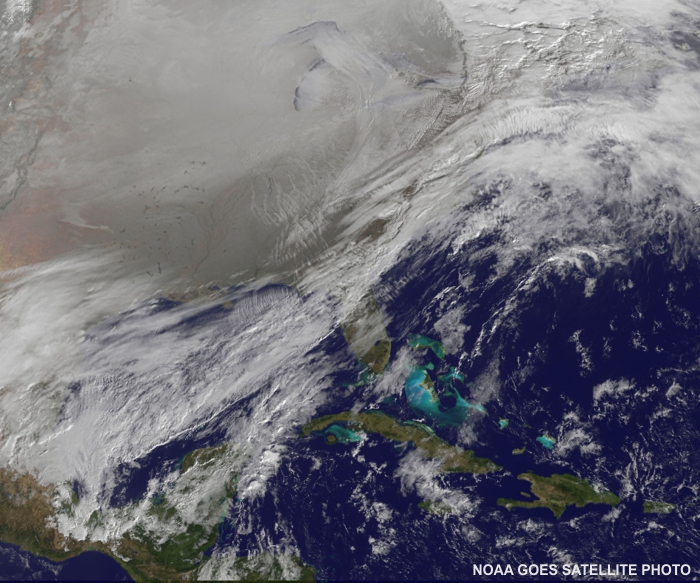 Question: Weather people seem to be talking a lot about this “polar vortex” thing lately. I get how it’s a bunch of cold air coming down from the north, but what makes it extend so far south sometimes? What triggers that? — FC, International Falls, MN

Answer: This GOES satellite photo from 2014 shows an extremely destabilized polar vortex pushing cold air as far south as mid-Florida. The event introduced the term “polar vortex” to the popular vocabulary. You can see bands of clouds forming along the boundary where cold air meets warm humid air — a combination that can trigger violent weather. And you’re hearing about it more often because the vortex is destabilizing more often.

There are actually two polar vortices — the stratospheric vortex and the tropospheric vortex. It’s the latter that directly impacts our weather by “dragging” storm systems from west to east. And it’s also the vortex that wanders more over time. The graphic below shows a typical configuration: 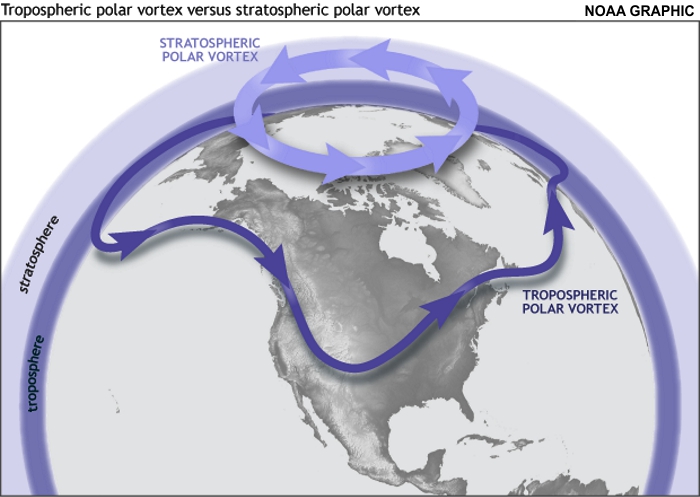 The winds in both vortices generally blow from west to east — a result of Earth’s rotation and the Coriolis force. At the southern edge of the tropospheric vortex is a band of wind we call the jet stream. It’s a few hundred kilometers wide, around 5 km deep, and at an altitude of 9–12 km. It presents a “barrier” to cold polar air, and maintains a more-or-less permanent low pressure system over the Arctic. Here’s the vortex as seen in raw wind speed data (reds and purples mark the jet stream): 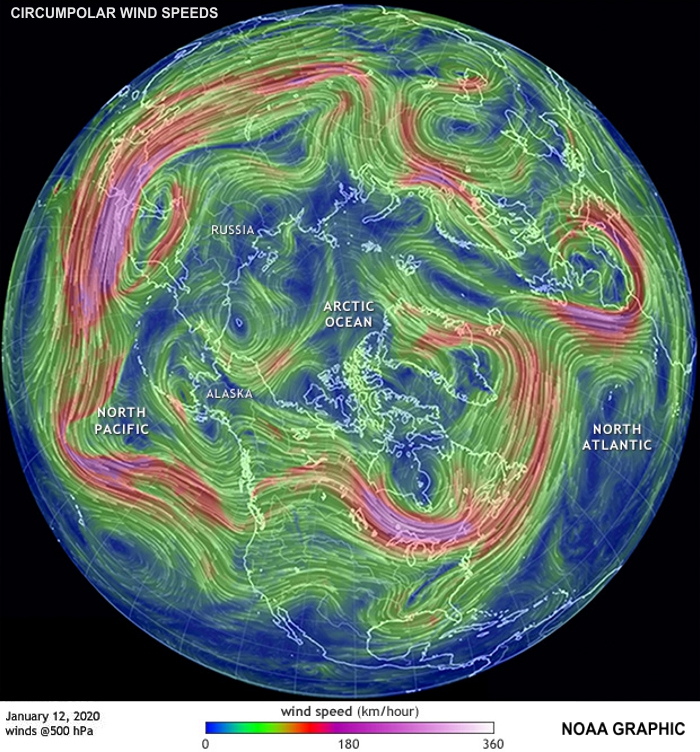 The jet stream forms the boundary between cold polar air and warmer temperate-latitude air. As you move northward, average air temperature does not decrease uniformly. There’s a fairly sudden discontinuity at the jet stream, which generally resides between 40° and 50° latitude.

Earth is heated by sunlight unevenly, and temperature differences between the day and night side of the planet, as well as individual high and low pressure weather systems, destabilize the jet stream and cause it to wander north and south in a serpentine pattern. This is all normal behavior.

But something is causing the jet stream to destabilize more often and more strongly. The Arctic is warming much faster than the rest of the planet. That means the temperature difference between arctic and temperate air is decreasing. Less temperature difference weakens the jet stream and breaks the containment of cold arctic air. NOAA shows this in the following graphic: 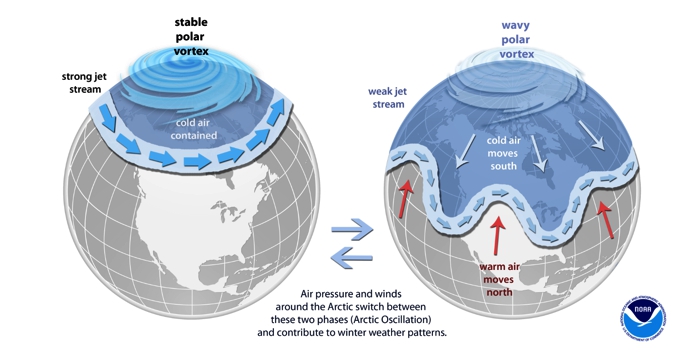 There’s a south polar vortex as well, but you don’t hear much about it. The southern jet stream flows mostly over the ocean surrounding Antarctica, so it doesn’t much affect weather where people live. The Antarctic isn’t warming as fast as the Arctic, but the southern jet stream is also destabilizing and already impacts weather in the southernmost regions of South America, Africa, and Australia.

Next Week in Sky Lights ⇒ ISS Over Arizona