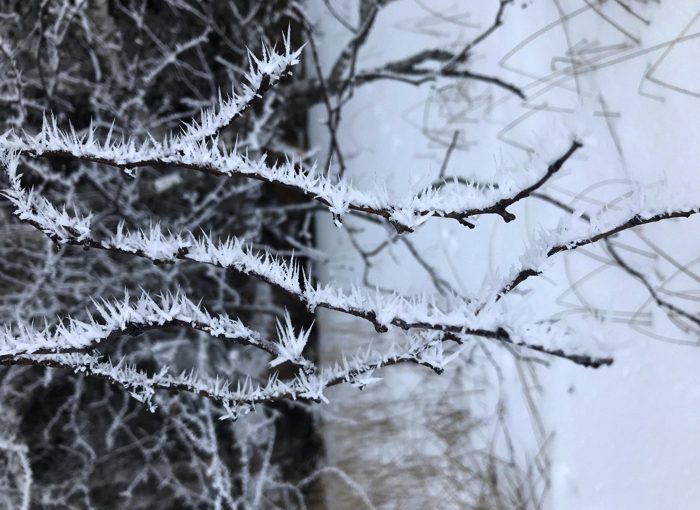 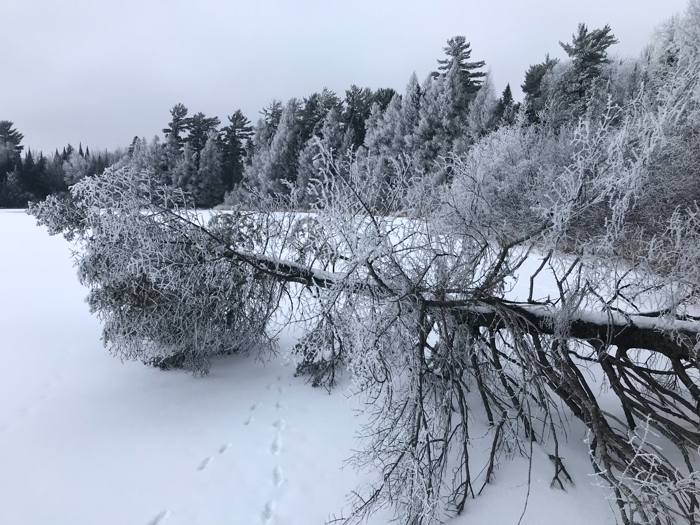 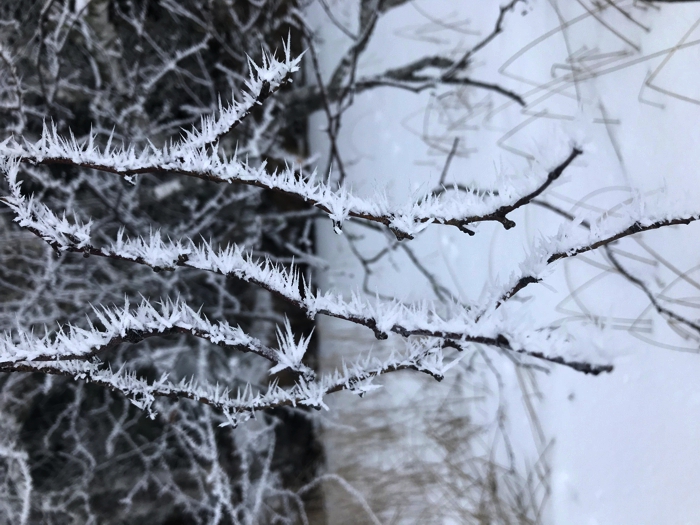 Question: I took a couple photos of a nice formation of rime ice on a fallen tree [above]. The closeup shows how spiny and intricate this stuff was. Or was it hoar frost? I’m never sure how to distinguish between those two forms of ice. — Ted Rulseh, Harshaw, WI

Answer: No, you got it right the first time. And thanks for sharing those photos. The delicate crystals seen in that closeup are a hallmark of rime ice. By comparison, hoar frost usually appears as a more amorphous coating of ice, but under some conditions can also form “needles”. The major difference is how the ice actually gets deposited.

Both rime ice and hoar frost require near-freezing air temperatures, and a humid or foggy air mass. The objects they form on must be below freezing temperature (0°C or 32°F). In the case of rime ice, there are supercooled liquid water droplets in the air that freeze on contact with the below-freezing object.

These droplets are heavier than air so their net motion is downward. Notice how the needles form primarily on the tops of branches in that closeup photo. That means they must have formed in calm air. Under windy conditions needles can form on the windward sides of the branches. This directional nature of the ice growth is what identifies it as rime.

In contrast hoar frost forms directly from water vapor — single molecules of H2O in the vapor state. As you might suspect, hoar frost forms around all exposed surfaces and never preferentially at the top. As the water molecules approach existing ice, electrostatic forces cause them to transition directly to the solid state from the vapor state in a process called deposition (the opposite of sublimation). Here’s an amazing photo showing hoar frost uniformly coating a spider web: 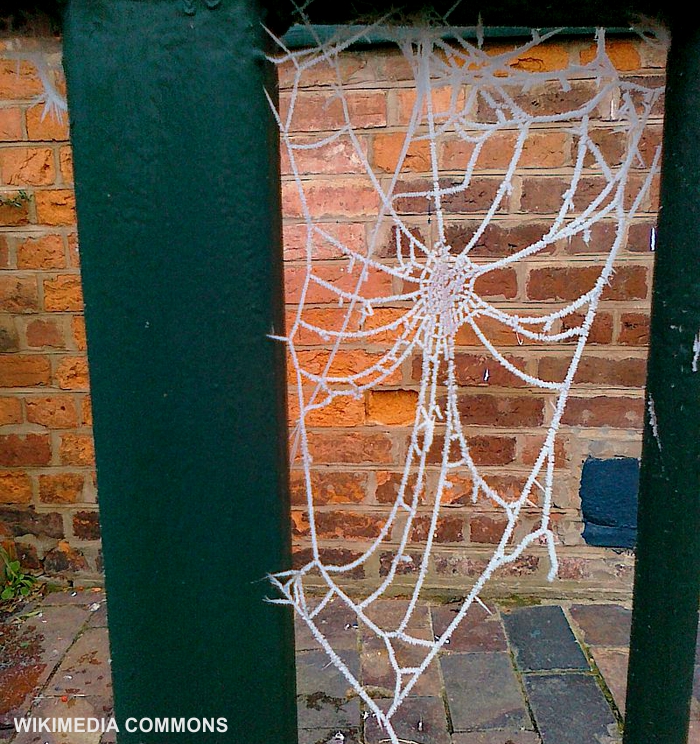 The formation of hoar frost involves the same physics as snowflake formation. Because water molecules are dipoles, electrostatic attraction guides their assembly into precise geometric configurations. In a snowflake this produces the classic 2D hexagonal shape. In hoar frost the molecules assemble around an extended physical object, and that forces the formation of 3D ice structures as seen in the following micrographs: 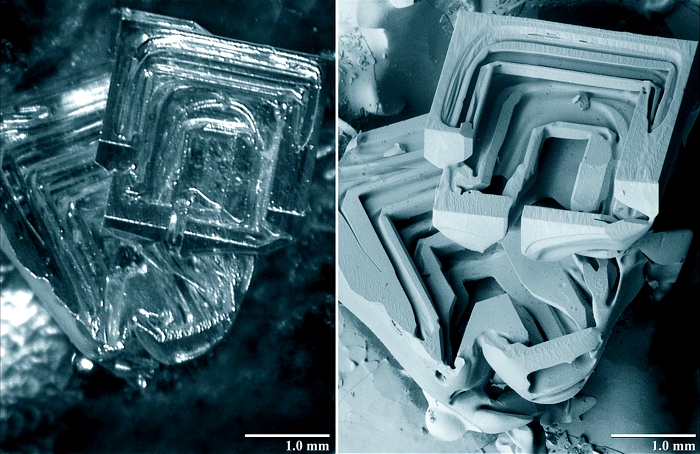 The image on the left is an optical micrograph showing the crystal as visible to the eye. The internal structure of the crystal is obscured by refracted and reflected light. The image on the right is an electron micrograph, and more clearly shows the underlying order of the crystal. Rime ice, which forms from liquid droplets of water, does not exhibit this level of crystalline order.

However, rime ice can form on a falling snowflake or on hoar frost if atmospheric conditions change. In the former case, something called graupel is produced.

Interestingly, the word “hoar” comes from an Old English adjective that means “showing signs of old age”. In this context, it describes the appearance of trees that seem covered in white hair. And “rime” comes from the Old Norse “hrim” and/or the the Dutch “rijm”, both of which are nouns meaning “hoar frost”.