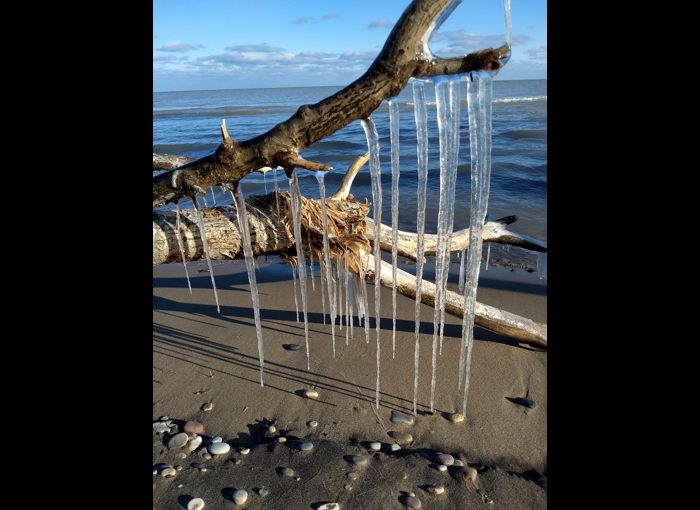 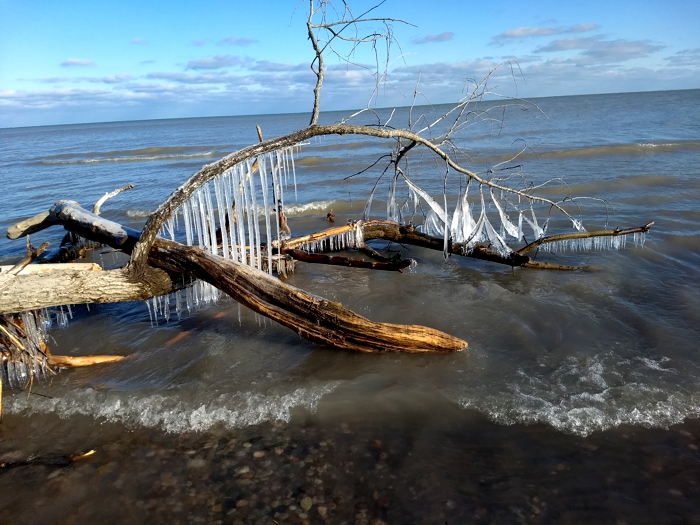 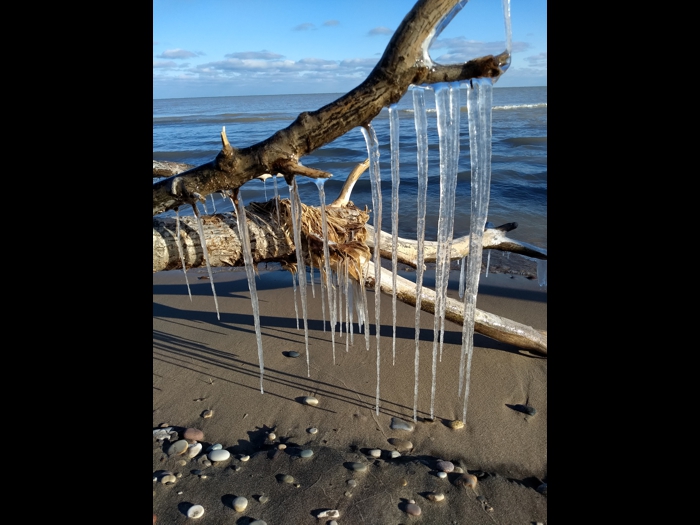 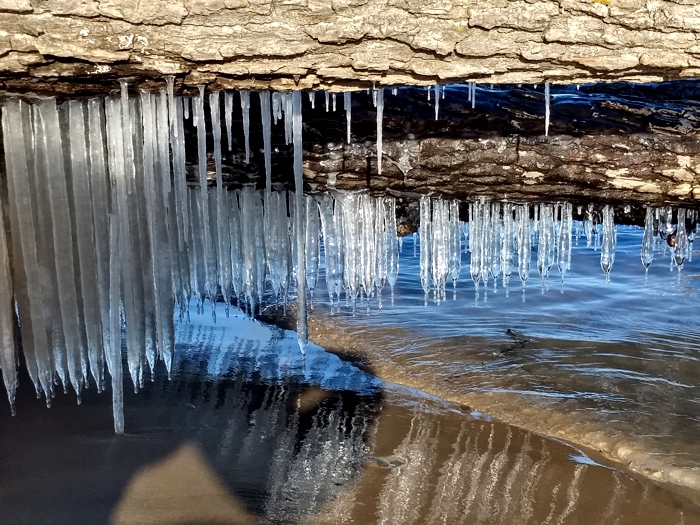 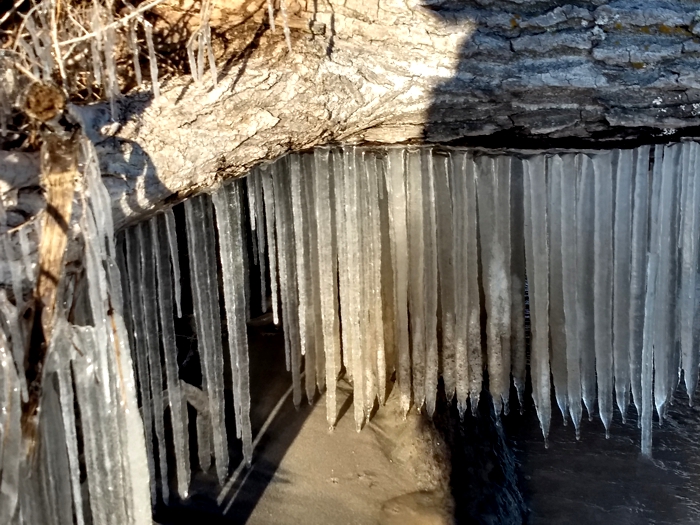 Those photos were taken by my sister Deb Schultz at Point Beach State Park on the west shores of Lake Michigan. Common icicles hanging off your eaves form from snow melting on a warm roof. If the air temperature is below freezing, the dripping water solidifies. These lakeshore icicles have a different genesis.

Waves breaking near the shore send a spray of micro-droplets into the air. This humid mist is fine enough to disperse in the wind and spread over large areas. Droplets that land on damp sand are absorbed. But on a piece of driftwood something amazing happens.

When the wood becomes sufficiently damp, micro-droplets will adhere and flow to a nearby low point on the branch. Again, if the air temperature is below freezing, icicles can start to grow in the same multi-layer fashion as those on your eaves. If you look closely at the two driftwood photos you’ll see that icicles form at discontinuities in the branch — twigs, sharp bends, and bark fragments. With the steady lakeshore winds, these are the places an icicle most strongly adheres and grows.

The other two photos show icicles forming under a rock overhang. I was initially surprised at their close spacing. It appears they form just about anywhere they can when shielded from the wind. Some have even grown down to the lower rock, like a stalactite meeting a stalagmite. I suspect that when two icicles grow together, presenting a larger surface area to catch even more micro-droplets, their weight eventually causes them to detach and fall. You can see one of the fallen in that last slide.

One final observation … there does seem to be some differences in morphology between “normal” icicles and lakeshore icicles. The icicles on your eaves are fed from the top, with some water droplets making it all the way down to the tip before freezing. This creates the classic icicle shape.

Lakeshore icicles, once started, instead grow simultaneously along their entire length. This creates some novel shapes: more-rounded tips, convex bulges, webs and fans, and a generally rippled surface texture. And they’re probably much safer to eat than the ones from your roof.