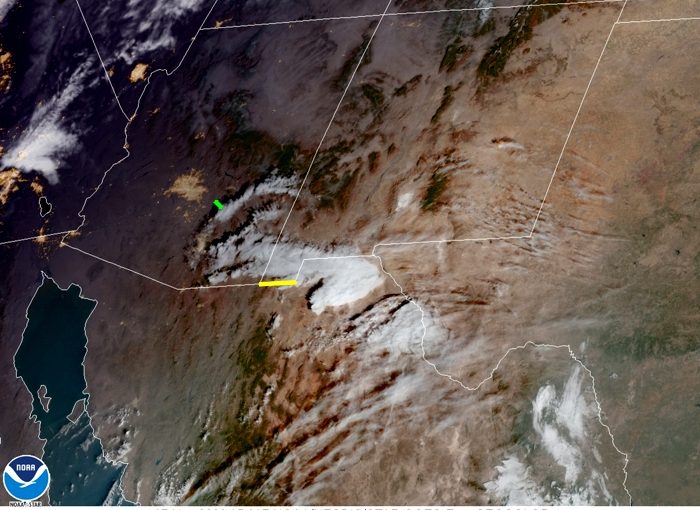 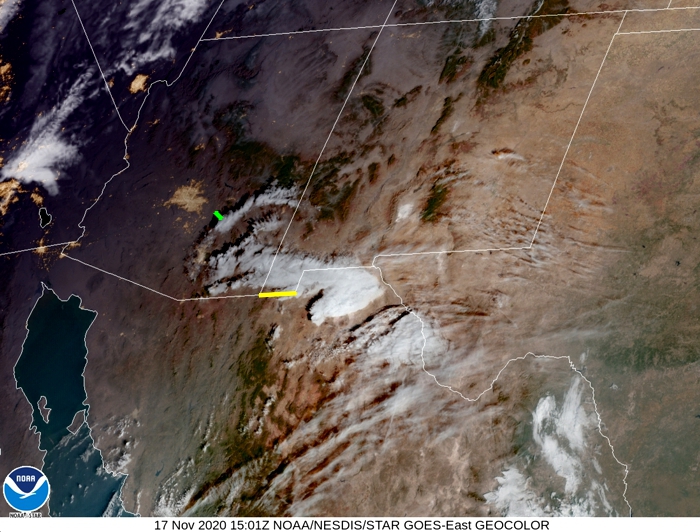 I check the weather forecast every morning, and on occasion look at the satellite view provided by NOAA’s GOES constellation. This photo, captured at 08:01 MST on Nov 17 shows the state of Arizona about an hour after sunrise. The lights of Phoenix, Las Vegas, and metro Los Angeles are still visible.

What caught my eye was the distinct shadow from that cloud southeast of Phoenix. I’d heard of planetary scientists using shadows to determine cloud altitudes on other planets, so I decided to try it out on our planet. The first thing I needed was the distance that shadow extends beyond the edge of the cloud.

That little notch in the southwest border between New Mexico and Mexico is 80 km wide east to west (yellow line). The green line is the extent of the cloud shadow. By comparing the length of the green line to the yellow line I calculated the shadow of the cloud was cast about 50 km from the edge of the cloud. Perspective and Earth curvature add a little error, but let’s see where this takes us.

The next thing I needed was the elevation angle of the Sun. My astronomy app, Cartes du Ciel, provided that data for the date and time of the satellite photo. The Sun was near azimuth 120°. Its elevation was 10°. Click to enlarge: 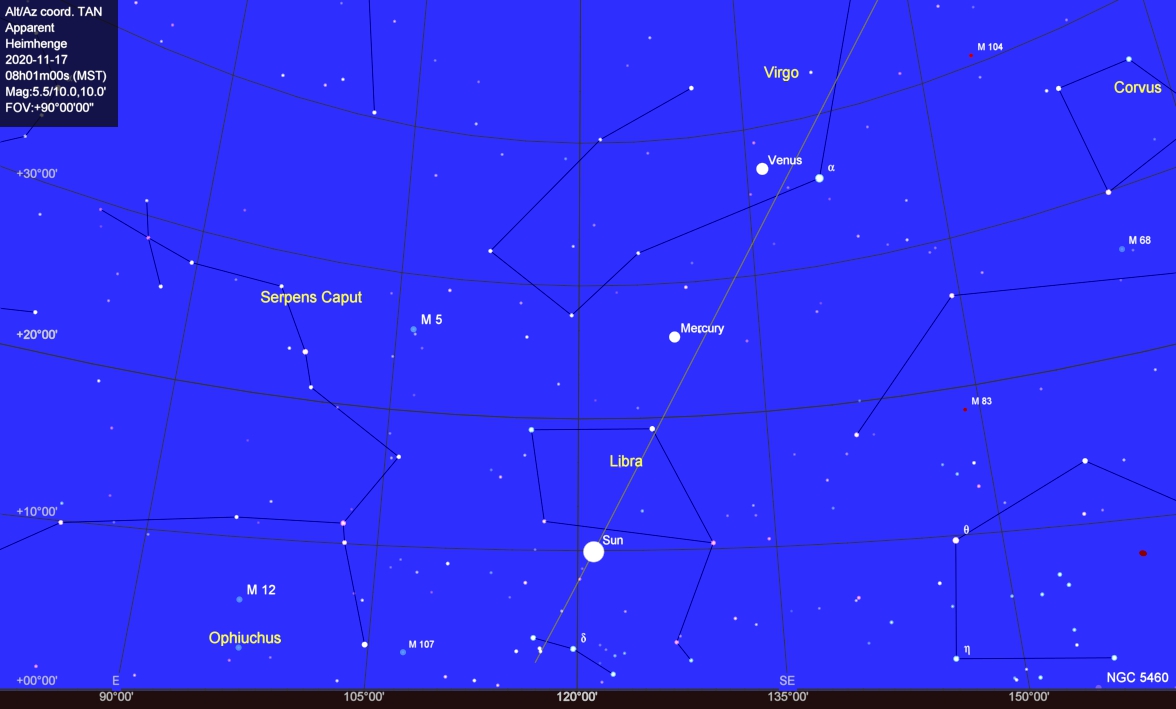 From there, calculating the altitude of those clouds involved some basic trigonometry:

Cloud altitudes of 9 km are common. Altitudes can range from zero (fog) to upwards of 12 km for large thunderstorms. Wiki has a nice chart showing the altitude range for each cloud type. These clouds appear to be cumulus, so 9 km is reasonable.

No profound science this week. Just some basic observations inspired by a photo of dawn spreading across the Southwest. If you haven’t, you should watch sunrise from space at your locale. It looks totally different from 22,000 miles up. The satellite loops, selectable by region, are available at: