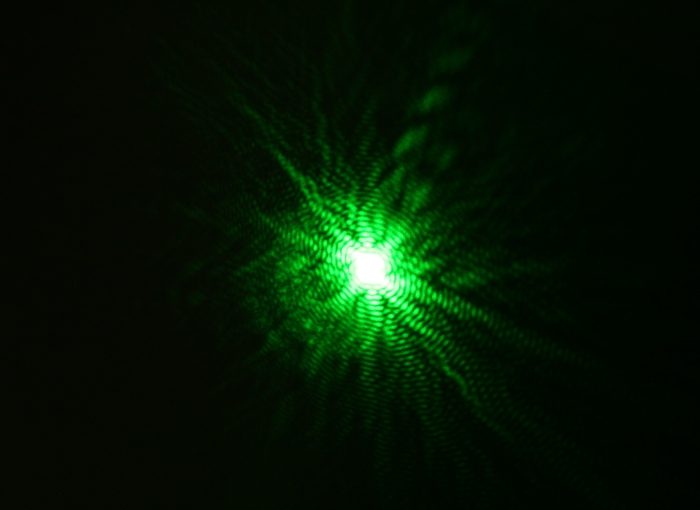 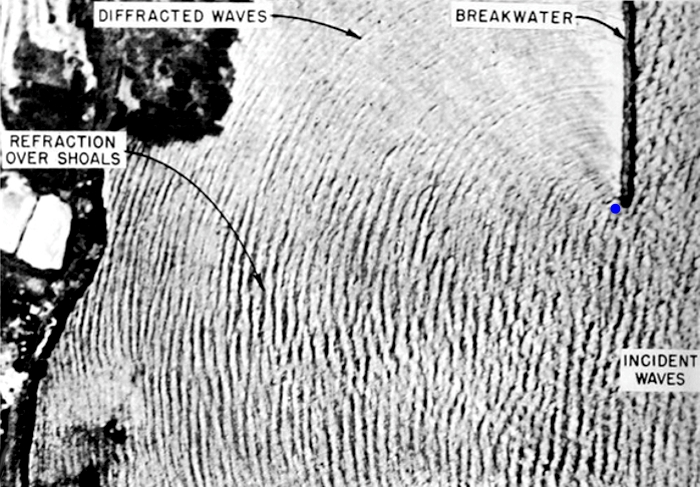 Question: After I read your last post I had to wonder, when I look at a bright light and squint my eyes, I see a similar starburst pattern to the one you photographed. But my eyes only have two “aperture blades” (eyelids). So why do I see more than two spikes? — WR, Hilo, HI

Answer: Very insightful question. You’re probably wondering what that photo of water waves has to do with my answer. What it shows is the phenomenon of wave diffraction — a change in wave direction at a discontinuity (the breakwater) encountered by the wave front.

When you have a point source of waves, like a stone dropped into water, you get circular waves that spread away from that source. When you have a planar wave, like those generated by wind on a body of water, what you really have is a line of point sources whose circular waves recreate the advancing front. But that works geometrically only if the advancing front is infinitely long.

Consider the blue dot near the breakwater in the image. That marks one point on the wavefront advancing from right to left. The up and down motion of the water at that point generates circular waves that aren’t overlapped by neighboring points. This is where the diffracted waves come from. The wave isn’t so much “turning” — it’s being regenerated with a new geometry. Part of the incoming planar wave becomes a circular wave.

Diffraction is a consequence of Huygens’ Principle: Every point on an advancing wavefront is a potential point source of new waves.

All types of waves diffract around objects. Sound waves, for example, are easily heard around corners. The amount a wave diffracts depends on the wavelength (λ) — the distance from one wave crest to the next. The longer the wavelength the greater the diffraction.

Light waves also bend around corners. But because light waves are so tiny compared to sound and water waves, with wavelengths on the order of nanometers (10-9 m), their diffraction is more difficult to see.

The easiest way to show that light waves diffract is to poke a pinhole in a sheet of aluminum foil. Smaller is better. Here’s a closeup of what I used. The foil was placed on a sheet of white paper to make the pinhole visible. The opening is around 0.5 millimeter diameter. 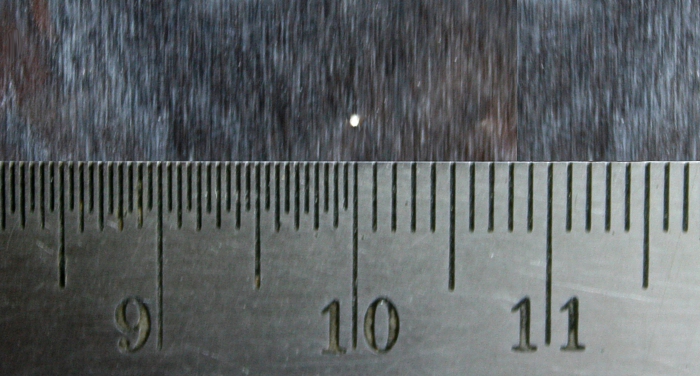 Now look toward a bright light bulb through that pinhole.

A bright bulb in a darkened room works just fine. Keep your eyes at reading distance from the foil while moving the foil around to get perfect eye-pinhole-bulb alignment. When you get it aligned you’ll see something similar to what you see when you squint. It’s difficult to photograph, but here’s what I got at maximum zoom: 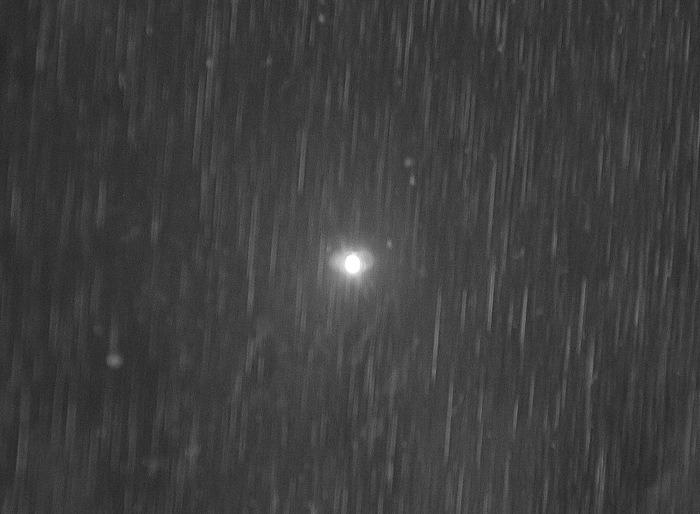 You can see light spreading out around the hole. Because that hole is smooth and circular, the rays are less distinct. The few you can see are caused by microscopic irregularities in the pinhole.

So why do you see rays when you squint at a bright light? Your eyelids can’t form a smooth circular pinhole. They’re irregular and wet and have eyelashes attached. If your eyelids were precise, like a camera iris with only two blades, then yes, you would see two main spikes.

The curious reader might wonder: How do I know the light is really spreading out from the pinhole, as opposed to the starburst being formed inside my eyes? Some diffraction does indeed occur around the circumference of the pupil, but it’s not usually perceived. We can show the diffraction is real by shining a laser through the pinhole and projecting the light on a piece of white cardboard.

I took the photo below by preadjusting my camera and triggering it remotely after turning on the laser.  This photo shows what the camera saw: 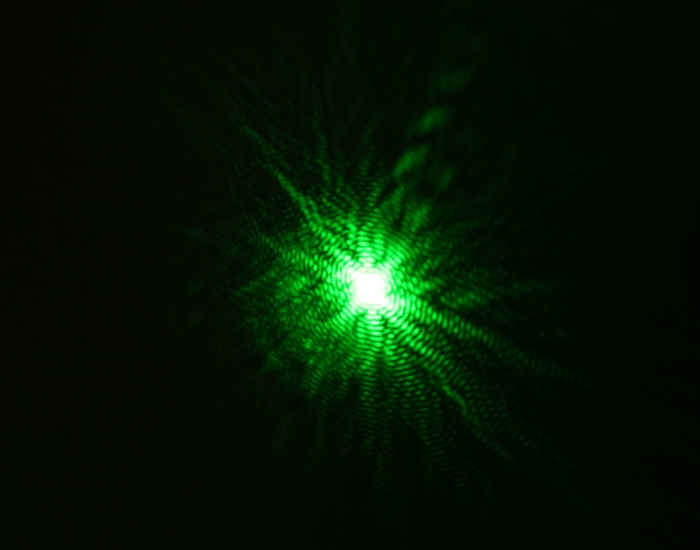 The diffraction of light is unmistakable. Those strange concentric ring-like bands are caused by interference — a consequence of the laser’s monochromatic light as opposed to white light’s mix of colors. The cardboard projection screen was 10 cm from the pinhole. At this distance the pattern of diffracted light was 8 cm in diameter. That’s 160 times the diameter of the pinhole.

Next Week in Sky Lights ⇒ How Smoke Rings Work