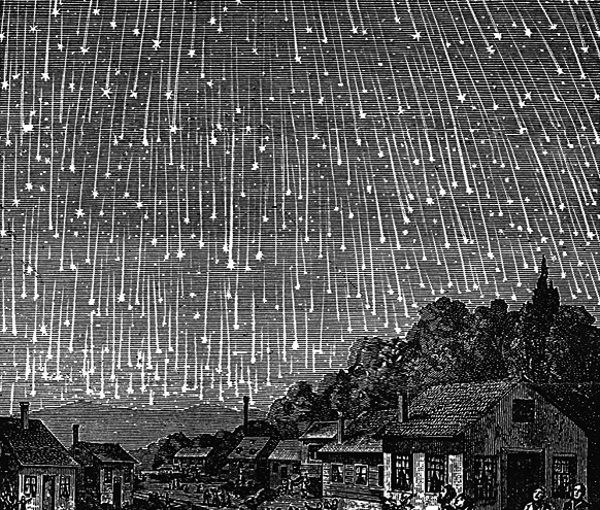 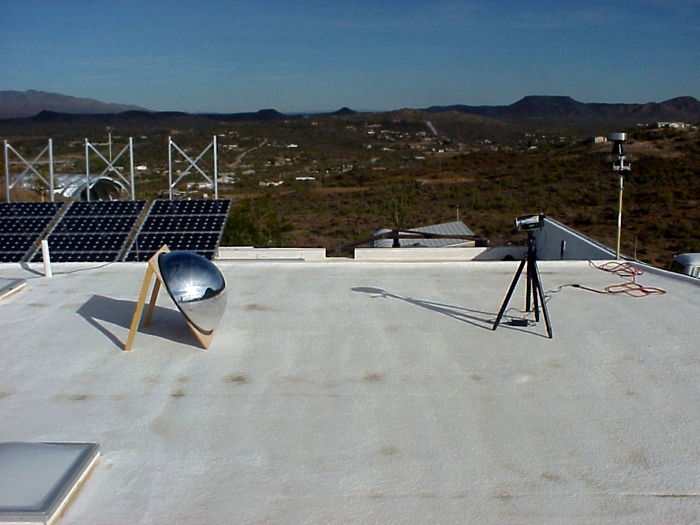 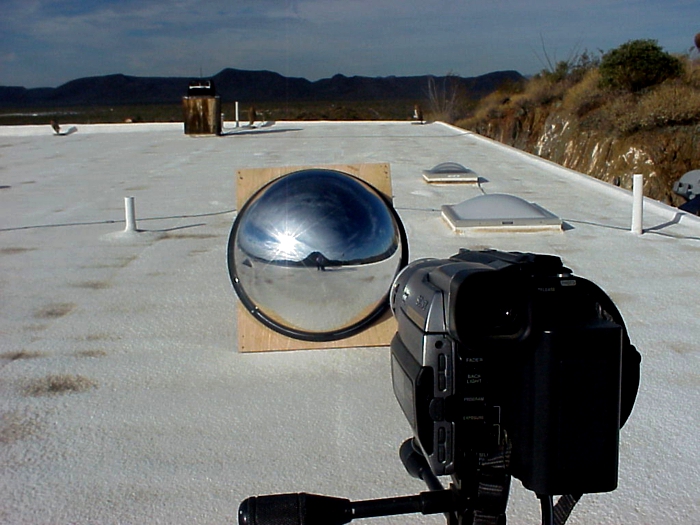 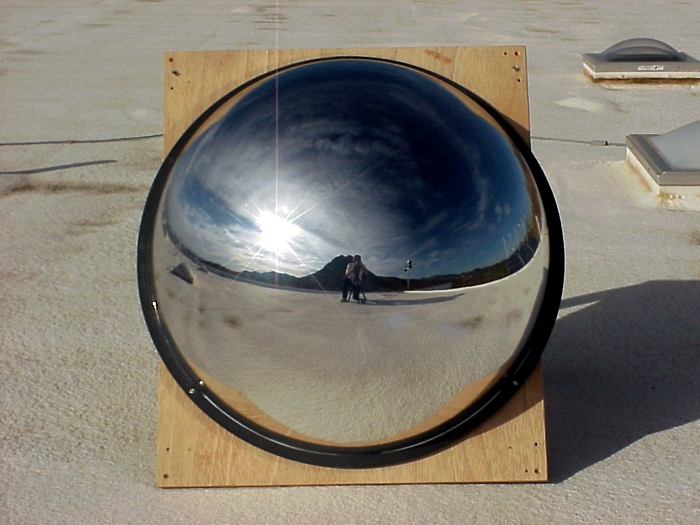 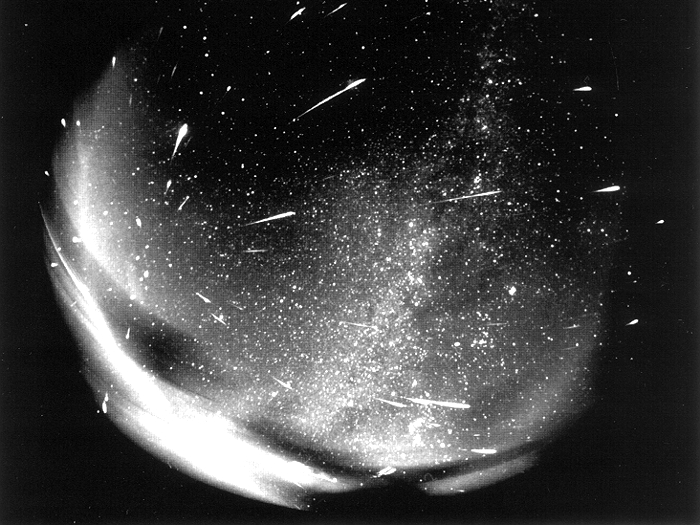 The Leonid meteor shower will peak on the night of Nov 16–17. The moon will be a thin crescent setting about 1½ hours after the Sun, so the bulk of the night will be dark. This year’s shower is predicted to be “average” which means around 15 meteors/hour. But the Leonids are an unpredictable lot, often surprising observers. Here’s an engraving showing the Great Meteor Shower of 1833 (click to enlarge):

The slideshow documents my 2005 attempt at an all-night video of the Leonids. I wanted to capture as much sky as possible around the Leonid radiant, rather than just pointing my camcorder at a certain direction and hoping to get lucky — meteors can appear anywhere in the sky. I didn’t have an (expensive) fisheye lens like the pros use but came up with the next best thing: a 180° safety mirror typically used in warehouses and supermarkets. Cost a mere $50. Decent fisheye lenses start at around three times that price.

I started recording around 7 pm. The camera ran continuously from then till 3 am when we called it a night. Disappointingly, my then-state-of-the-art Sony TRV310 digital camcorder wasn’t nearly as sensitive as my eyes. The camcorder had an early generation CCD, and though it was excellent for daytime video it caught only one of the 50-some meteors we saw. Grainy video follows:

So that experiment was a fail. I still have that hemispherical safety mirror. It’s attached to the ceiling in my shop and now serves its intended function. When I next try to capture a meteor shower I’ll use my more-sensitive Canon 20D with an intervalometer. Given the darkness of our skies I could probably do 1-minute exposures. I now have a fisheye lens and a Canon DSLR so I can dispense with that mirror.

If you want some tips for observing meteor showers, check out:

If you don’t have anything else planned for the night of Nov 16 why not take in the Leonids? Enjoy Nature’s fireworks from the comfort of your own back yard, no charge. Make some popcorn and stay up late for an exciting family outing!