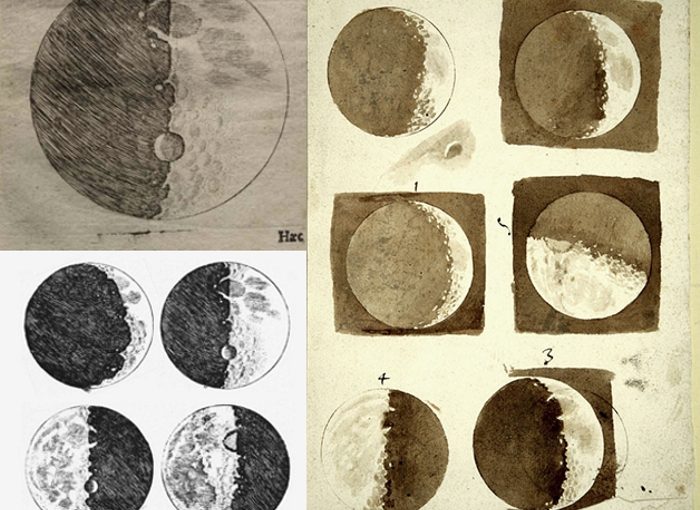 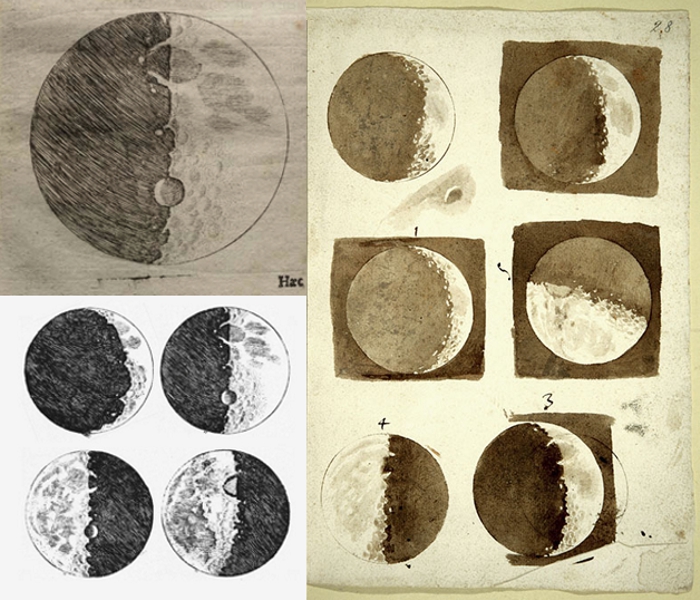 Question: Before there was science, what did people think the Moon was made of? I’ve heard some say it was thought to be made of “green cheese” but I don’t know if that’s a joke or what. — DTC, Riverside, IA

Answer: Before I answer your question, let’s first deal with this “green cheese” myth. Nobody ever really thought the Moon was made of green cheese. That trope comes from folklore and ridicules the reaction of foolish people who see a reflection of the Moon in a body of water. Supposedly, fools think they’re seeing a wheel of “green” (unripened) cheese just below the surface. Curiously, neither unripened cheese nor the Moon appear green.

The first serious suggestion for what the Moon is made of dates back to ancient Greece, when Fire, Air, Water, and Earth were believed to be the “elements” from which all (earthly) things were made. The Greeks, influenced heavily by the writings of Plato, later added a fifth element: Quintessence (sometimes called Aether). This element supposedly composed all objects in the heavens. So at that time, Quintessence was the stuff of the Moon.

Quintessence had several unique properties. It forever moved in a circular path, and it embodied “godly purity” by being perfectly round and perfectly smooth. They had no idea what Quintessence actually was, but for objects in the “heavens” those properties seemed logical. So there’s your first answer, admittedly unsatisfying, for what people thought the Moon was made of.

It’s important to note that, before telescopes, people couldn’t tell if the Moon was a small object close overhead, or a large object far away. There’s few visual clues (to a non-scientist) which of the two it might be. That left room for speculation: Was it a spirit, a god, or a thing? Ancient myths tell of heroes capturing the Moon and bringing it to Earth, and of people or animals who let it escape into the sky, but none of those myths characterize the Moon’s properties beyond being a “giver of light” or “sky traveler”.

It wasn’t until the 3rd century BCE that Aristarchus of Samos, a Greek astronomer, first calculated the distance to the Moon. His result, based on geometry, was around 20 Earth-radii. The modern value is around 60 Earth-radii, but it was clear from his result that the Moon must be a “large object” located “far away”. Still, that shed no light on what the Moon might be made of.

By the Middle Ages, people were beginning to suspect it might be “another world” and that the dark areas on its surface might be oceans. We still call those dark areas maria (plural of mare) which translates to “oceans”, but we now know they are ancient lava flows.

It was early in the 17th century when we finally discovered what the Moon is made of. One clear night in November 1609 Galileo Galilei trained his newly-invented telescope on the Moon. His first scope magnified by only 8X — later improved versions got him up to 20X. But even with that low magnification he was able to observe what he described as mountains, craters, crevices, and plains. Some of his first sketches are shown above. The Moon’s surface revealed topographic features similar to those on our planet. With that, the Moon became a “place”. And our answer to the long-standing question improved to: The Moon is made of the same stuff as Earth.

This was a paradigm shift. Earth, our home, and the only “place” heretofore known, suddenly lost its unique status. Once that happened, the way was opened to imagining other worlds. Perhaps the five then-known planets were also places? More powerful telescopes answered that question before the end of the 17th century.

The impact of these revelations extended beyond scientific circles. Less than two decades later in 1638, bishop Francis Godwin wrote the first story about travel to the Moon. He envisioned his “astronaut” being carried there by a harnessed team of geese. The image below is from the frontispiece of his book The Man in the Moon. Other authors followed, each with their own fanciful means of interplanetary transportation. 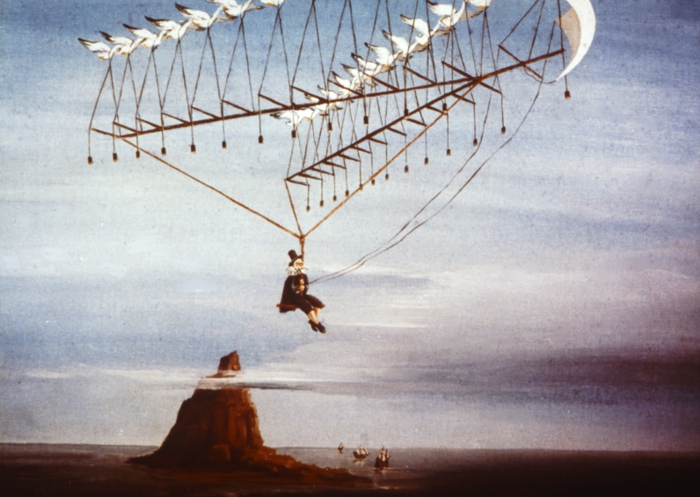 Photography was invented in the early 19th century. By then, it was common knowledge that the Moon was another world. Some even believed it was inhabited. Photographers of that era attempted to capture actual images of our nearest neighbor using a process called daguerreotypy. Below are two early images by John Adams Whipple, American inventor and photographer, taken in 1839 (left) and 1851 (right). The first image wasn’t much better than Galileo’s drawings, but as the science of photography improved the reality of lunar topography was undeniable — even to those who didn’t have access to telescopes. 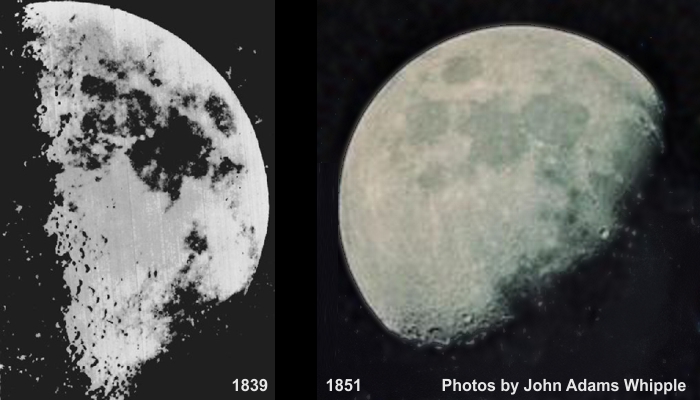 These days a real-time view of lunar topography is available to anyone who has binoculars. With a telescope, you can watch the shadows of mountains change as time goes by. This NASA video was created from images taken by their Lunar Reconnaissance Orbiter, and it shows this effect beautifully.

I’ve been an astronomer for over 50 years and the Moon remains my favorite celestial target. Beyond the shadows, not much ever changes. Still, with a good scope, and a little patience, you can watch the shadows change over the course of an hour. You can literally witness sunrise and sunset unfolding on the Moon.

Next Week in Sky Lights ⇒ How Glaciers Melt

Q&A: The Moon Is Falling
Q&A: How Glaciers Melt
HOME