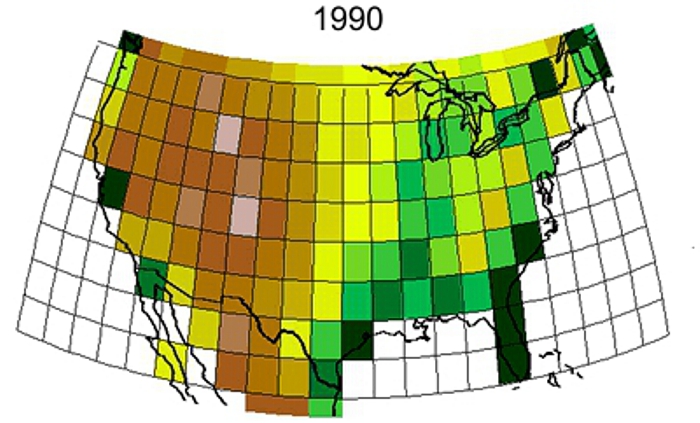 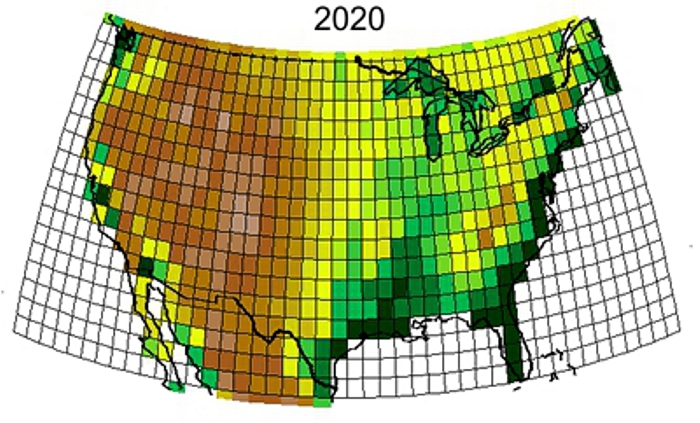 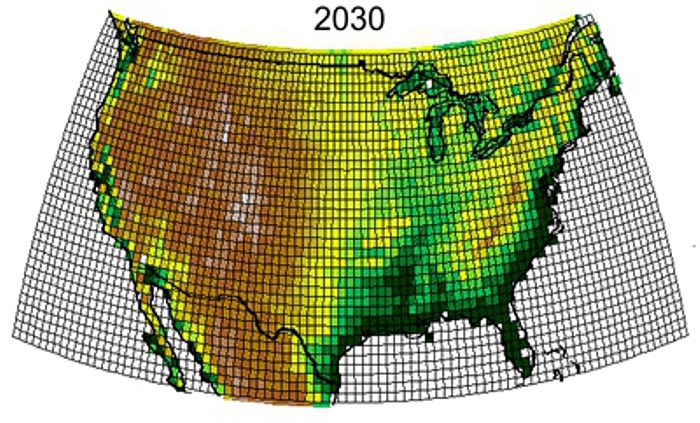 Question: I’ve been hearing a lot about “climate models” lately, and how scientists are trying to make them more accurate for predicting weather. What exactly are these models? Are they like those “snow globes” you can shake up and then watch the fake snow floating down inside? Please explain. — DT, New York City

Answer: No, they aren’t physical models, but I understand why the name can be misleading. The models in question are mathematical models. They’re based on the equations of meteorology and run on powerful computers at the NOAA and other research facilities. Here’s how they work …

The surface of Earth is divided into a grid of rectangular areas, as shown in the slideshow. Each of these grid areas has up to 137 vertical layers extending from ground level to 150 km altitude. This breaks the atmosphere into a finite (but large) number of discrete rectangular volumes. In each of these volumes measurements are made for the following data: temperature, humidity, barometric pressure, density, wind speed, and (3D) wind direction. Data is input to the model, which then uses the equations of meteorology to predict how the system will evolve.

The equations of meteorology were first developed in 1904 by Vilhelm Bjerknes. You’d need to know calculus to understand them all, but they’re worth showing here for a sense of the complexity of computing forecasts:

Once the data is input the model can be “run”, typically 30 minutes into the future, to see how things change. At that point, all the original data has been slightly altered, so those changed values are input as the new starting values. The process is repeated as needed to obtain the desired advance forecast.

Not surprisingly, this takes a lot of computing power. Weather models are run on dedicated supercomputers like this one at NOAA. Consider that the current model divides the US into around 400 grid areas, each with up to 137 vertical slices. That’s a total of some 50,000 air volumes, each of which interact with the six contiguous volumes around them as calculated from the four equations. Higher resolutions mean better accuracy, but it also means more air volumes, which requires even greater computing power. With anticipated improvements in technology and data acquisition, scientists project their model resolution will increase by a factor of four by 2030.

To test one of the newest models, the “bomb cyclone” that surprised the northeastern US in January 2018 was simulated (below). Colors show snowfall, with darker colors being larger amounts. You can see the newer model was far more accurate. Images courtesy of Warren Washington, National Center for Atmospheric Research (NCAR).

Additional factors that affect weather are being added to the models. This requires more data and additional equations but further improves accuracy. Those factors include: ground temperature and reflectivity, ice and snow cover, cloud cover, atmospheric particulates and aerosols, ocean currents, greenhouse effects, and variations in the solar flux.

Improved weather models, and better weather data from satellites, have increased the accuracy of today’s 6-day forecasts (currently around 85%) to the level of 2-day forecasts in the 1970s. Scientific forecasting wasn’t even possible until the invention of the telegraph in 1835, which allowed atmospheric conditions “upwind” to be quickly communicated over long distances. These days we take the weather forecast for granted and are surprised when it’s wrong.

Alas, despite the amount of computing power available, there’s a limit to how far into the future reasonably accurate forecasts can extend. Experts predict that limit will be 10–14 days, primarily because the long-term behavior of the atmosphere is chaotic. This means the atmosphere’s behavior depends on factors too small to measure accurately. One classic example of chaos is known as the butterfly effect. It sounds preposterous but: Air set into motion by a butterfly in Burma could, several weeks later, trigger a tornado in Kansas.

Next Week in Sky Lights ⇒ Nobody Owns the Moon

Q&A: Drones on Mars
Nobody Owns the Moon
HOME