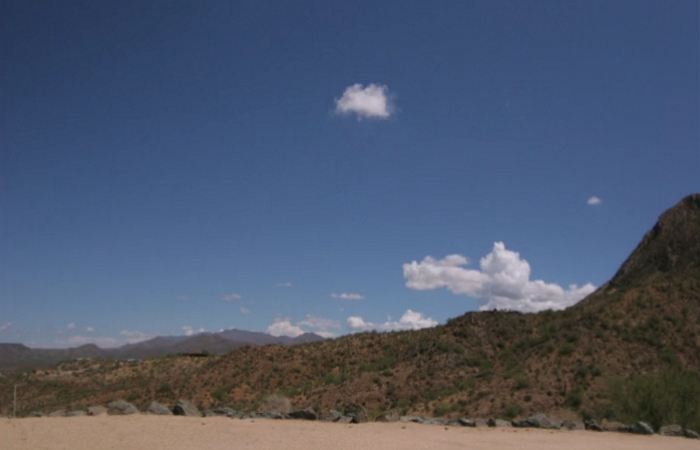 I’m still trying to catch that “perfect storm” — one that starts with blue skies, builds up to a towering cumulonimbus, and ends with rain and lightning. So far no joy. And there’s not much monsoon season left this year. But while waiting for the right NWS forecast I decided to try a time-lapse using my Zenitar K2 16 mm fisheye instead of the stock Canon 18–55 mm zoom lens I used in version 2. The K2 sees a generous 150° x 100° FOV (with 180° diagonal) that can capture those really large cloud buildups. Zenitar also makes a K2 for Nikon. Click on the thumbnail below for a closer look at this lens. 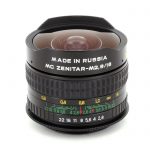 It’s a nice relaxing video to watch — especially for cloud lovers. I didn’t get the action I wanted, but I did learn a few things worth sharing about using a fisheye lens for videos like this. First and most obvious …

Fisheye lenses see a lot more than your eyes do, even allowing for peripheral vision. You need to know just what the camera is capturing. I did not anticipate the shadow of my greenhouse (out of frame to left) appearing on the ground, expanding from west to east as the Sun went down. It appears around 3:50 in the video. Not like it ruins the video (some may like this effect), but just sayin’ — know what’s in (or will be in) your FOV.

Second, fisheye lenses distort the horizontal and vertical. That may not be a problem in some cases, but to describe the direction of winds and updrafts I need unambiguous geometry. Adobe Premiere has a video filter called Lens Distortion which (with horizontal = −8) corrected the geometry to a flat horizontal and perpendicular vertical. Your video app probably has an equivalent filter. Below are the original (left), filtered (middle), and cropped (right) frames. The filter creates “white space” at the top that had to be cropped down 30px. The final frame spans 76° horizontal and 49° vertical. Click to enlarge.

So I’ve decided to shoot Cumulonimbus Rising v.4 with the K2 — whenever Mother Nature deigns to cooperate. Might not happen till next monsoon season, but when it does I’ll be ready. Stay tuned.

Next Week in Sky Lights ⇒ Yet Another Strange Cloud

Anatomy of a Storm Surge
Q&A: Yet Another Strange Cloud
HOME