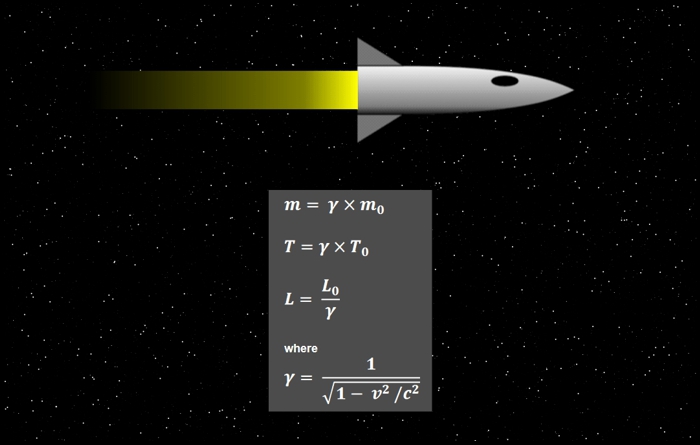 Answer: Let’s set the record straight on that “speed of sound” meme. I see it often in discussions about the speed of light. Aeronautical experts who made that claim were talking about propeller-driven aircraft. They were right. This was before the invention of jet engines which can easily exceed the speed of sound (340 m/s). Because of the way propellers work (pushing air backward with spinning blades) they would be ineffective at supersonic speeds. Under these conditions a propeller would create more drag than thrust.

Truth be told, there are some apocryphal legends about WWII fighter planes breaking the sound barrier during power dives. However, basic principles of aerodynamics say that when a propeller is moving at the speed of sound it experiences shock wave stall — a condition that prevents further acceleration.

The barrier presented by the speed of light (299,792,458 m/s = 671 million mph = simply “c”) is fundamentally different. Breaking the sound barrier was just an engineering problem. But there are laws of physics that prevent any material object from reaching the speed of light. These laws have been verified in the lab using subatomic particles, and spaceships are made of subatomic particles, so we expect the same results. The laws governing high-speed motion are summarized above in the graphic. Here’s what they tell us …

m = γ×m0  This is the law of relativistic mass, aka mass dilation. As the ship approaches the speed of light, γ (gamma) increases exponentially to infinity, as does m. Look at the formula for γ and you’ll see why that happens. In practice, if you try to accelerate to the speed of light, the energy spent burning fuel contributes less to increasing your speed and more to increasing your mass/inertia. Fuel energy is converted into mass according to m = E/c2. The greater your mass, the less effective your thrust. The equation predicts that when v = c the ship’s mass will be infinite. So we can get as close to the speed of light as we want if we’re willing to spend the energy, but we can never reach that speed.

I should point out that these laws apply to objects moving at any speed, but for the speeds we encounter on a daily basis γ is so close to 1 that relativistic effects are negligible. When v > 0.5c things start to get interesting. Check out these stats to see the fastest speeds attained to date.

T = γ×T0  This is the law of time dilation. It doesn’t so much “prevent” you from reaching light speed, as does the previous law, but it does describe related interesting effects at high speeds. Time on the ship’s clock, and for all onboard physical processes, would be seen to slow down as observed from Earth. The equation predicts that when v = c time on the ship will stop. What that means is difficult to interpret, but it suggests an impossible scenario.

L = L0/γ  This is the law of length contraction, aka Lorentz contraction. Like the second law, it doesn’t really prevent you from reaching the speed of light. But it does say that when v = c the ship’s length (in the direction of motion) will have decreased to zero. Again, what that means is difficult to interpret.

If you’d like to read a “first person” narrative about a fictitious attempt to break the cosmic speed limit, download this document: A Voyage to the Light Limit (40k PDF). This is an excellent piece of writing that helps make these abstract concepts tangible. The author and original source are unknown.

Of course, some argue, these are the laws of physics as we know them now. New discoveries could change those laws. Granted, the laws of physics occasionally change, but the consensus is that a cosmic speed limit is a fundamental property of spacetime. If a maximum speed didn’t exist, you could get paradoxical results related to time travel, cause and effect, and the law of conservation of energy — a touchstone of physics since the 17th century.

Next Week in Sky Lights ⇒ Skateboarding Around Saturn’s Rings