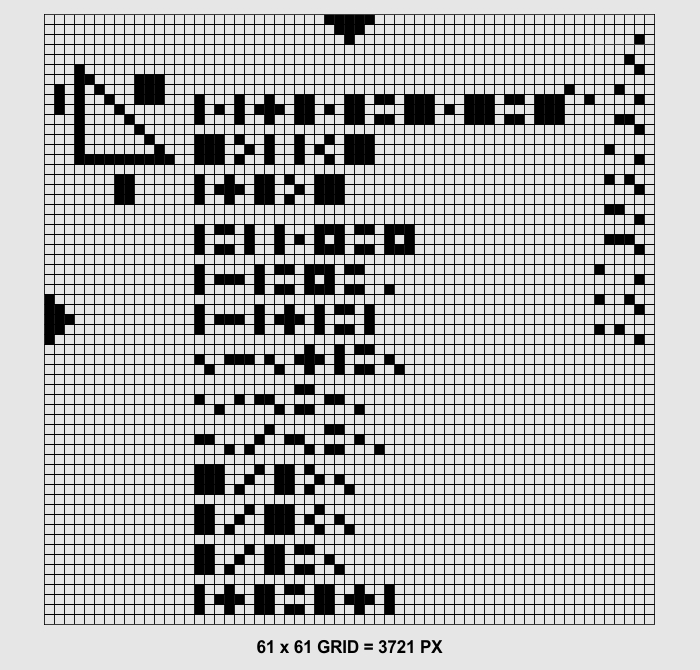 Question: OK, I’m back. Same guy you responded to last week. I get what you’re saying about the initial radio contact, and how that alone would be a profound event. But where could it go from there? Assuming only radio contact is allowed, would it be possible to actually exchange scientific information and learn from them? — RS, Anthem, AZ

Answer: The short answer is yes, we could learn from them — or they could learn from us. As with your question last week, it all comes down to how good both of us are at anticryptography. Astronomers, philosophers, mathematicians, and linguists have long pondered how such learning could happen.

There’s almost universal agreement that it would start with mathematics and pictograms (as did the messages we’ve sent). Fair warning that we’re treading on less solid ground than when discussing, say, rainbows. Nonetheless, here’s how the process might unfold. We’ll assume we’re on the sending side, and using the Arecibo message graphic protocol:

One disclaimer before continuing — we’re talking about radio communication here. Thus, for even the closest extra-solar planets, there would be over 8 years between our transmission and their answer (assuming they answered immediately). Conversation in its normal sense would be impossible. This would be a time-consuming process.

So to go beyond a simple announcement of our presence, and to start a real conversation, we’ll need to build a vocabulary based on mathematics. The graphic at top is my attempt to craft such a message. It was a fun exercise.

The Arecibo message was a mere 73 x 23 raster graphic. I chose to increase the “resolution” by using a 61 x 61 pixel grid. That gives me enough real estate to create a 3 x 3 pixel symbol set, which is all we need right now. Once the protocol is established, the resolution can be increased indefinitely — up to photographic level if needed. You could get HD (1920 x 1080) by encoding your graphic as the product of primes 1931 and 1087. That would be a 2,098,997 bit signal.

My graphic is 3721 pixels, the square of the prime number 61. I debated about adding those down and right arrows on the margins (to indicate the top-down left-right flow of information), but the pixels were available so I included them. They may be superfluous, though, since I’m sure all rotations and reflections would be examined for meaning.

This message is an attempt to build a mutual vocabulary starting with mathematics. Later the conversation would extend to physics. At that point practical information could be exchanged. This would be easier than you might imagine. Learning about music, art, philosophy, and culture would be far more difficult. So let me explain what my message means. SPOILER ALERT: If you want to try decoding it yourself (instead of working the morning crossword) read no further.

The message contains both binary number representations and pictograms, as did the Arecibo Message. Starting at top:

So what we have in our mutual vocabulary at this point are some important concepts and symbols for mathematics: “=”, “>”, “<“, the four basic arithmetic operations, some identities, the commutative property (last line), exponential notation, and the binary counting system. We’ve also given a hint that the number 10 is important to us.

Our message need not stop at 61 pixels height. It can scroll on as far as we want (as long as the height is a prime number). My message stopped at the commutative property. We could go much further. The main idea is to start with the basics and work our way up the vocabulary. How far we can climb is anyone’s guess. But after a sufficient number of exchanges, we should be ready to progress to physics. That’s when it could really get interesting.