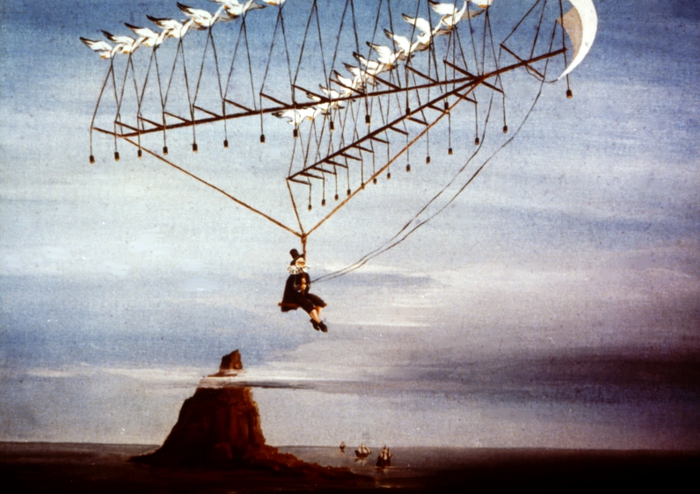 Question: I read this article explaining why it’s so expensive sending things into space. Turns out that about the cheapest it can cost is something like $4000 to $15,000 per kilogram, depending on the rocket used and total payload. And that’s just to get into a low Earth orbit (LEO). My mass is 85 kg (about average for an adult male), so that doesn’t bode well for the possibility of human “space tourism” flights like some private companies are working toward. Virgin Galactic seems to be leading in this endeavor, and they want $250,000 for a ticket. That’s around $3000/kg, still much more than I can afford. So here’s my question: Is there a cheaper way to get into space that doesn’t require a rocket? — WV, Alexandria, VA

Answer: That’s a great question, and a complete answer will take some time. First thing we need to define is how high up you have to go to “be” in space. The accepted definition is 100 km (about 65 miles).

The X-15 exceeded that altitude briefly on several flights back in the 1950-60s, and the pilots were thereafter qualified to wear an official astronaut patch on their uniform. The view from that altitude is stunning, with 99.9999% of the atmosphere below you, and the blackness of space above. Click on the thumbnail below to experience that view. 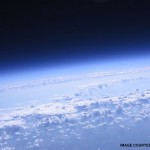 You don’t see any stars in that image, since the camera would have overexposed the Earth if set to record stars. But to the human eye, which is sensitive to a far wider range of light levels, the stars would be visible. This is the view promised by the private space tourism industry. Plus, passengers would be able to experience weightlessness for 5-6 minutes and float around the cabin like you see astronauts doing on the ISS.

When Galileo’s 1610 telescopic observations confirmed that the Moon was a “place” with mountains and valleys similar to Earth, the race to get there began (at least in fiction). There were several novels written in the following decades suggesting exotic means of propulsion. The main graphic above shows the method envisioned by Francis Godwin in his novel The Man in the Moone, published in 1638. Godwin used a “team” of swans (powerful fliers) to hoist the rider skyward. At that time, it was not known how high the atmosphere extended, so it seemed a plausible scheme.

Other authors suggested propulsion by anti-gravity, electrostatic levitation, and even a balloon gondola surrounded by a ring of conventional gun powder skyrockets. Of course, all those schemes suffered from significant scientific flaws.

It’s worth noting that NASA’s Advanced Space Transportation Program is investigating ways to get the launch cost down to a few $100/kg by 2025, and maybe as low as few $10/kg by 2065. But that will still use rocket technology. So to answer your question, I’ve listed below some of the other possibilities being investigated. Some “cheat” by still using rockets, but they do so in a way that brings the ticket cost down.

There are more exotic systems proposed, but I’ve limited my answer to those technologies capable of scaling up to human passenger spacecraft, and within reach using known or developing technologies. Space tourism will never be cheap, at least for the foreseeable future. But my money is on the current competition between private companies for cheapest-to-orbit technology. And there’s more than just Virgin Galactic in the race. Many of these companies see the demand for space tourism, and are working to make that a reality within the decade. Even at $250,000/ticket, thousands of people have already paid their deposits and are anxious to take the ride.

Prices will drop as the industry evolves, technology improves, supply and demand increase, and competition drives the market for paying customers. By the time space tourism becomes routine, prices should be about the same as a cruise around the world — around $20,000/ticket.