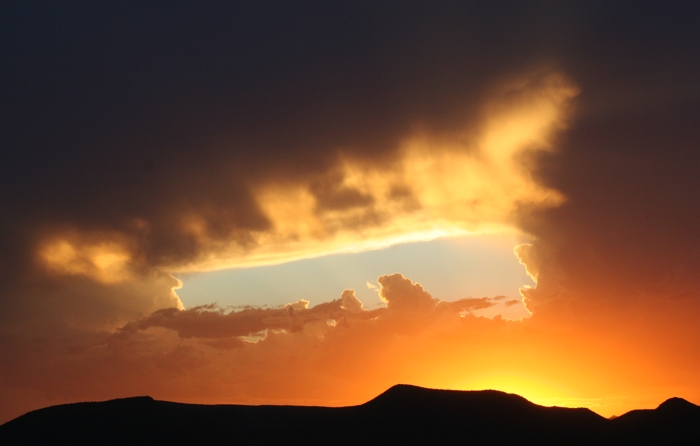 This seemed an appropriate topic for a post on Halloween. I often get asked “What’s the strangest thing you’ve ever seen in the sky?” If you watch the sky as much as I do, you’re gonna see some strange things. Of course, there’s a fine line between “strange” and “spooky.” And I believe what makes something “spooky” is largely a matter of whether or not you can explain what you see.

So in the “strange enough to be a bit spooky” category, I could list many things. Once, when I was viewing the Moon through my telescope, something moved rapidly across the lunar disc. It was small, fast, and seen only in silhouette. I still don’t know whether it was a chance alignment with an aircraft, or maybe some kind of bird, but it did startle me since such chance alignments are indeed rare.

I also saw the infamous “Phoenix Lights” back in 1997. They were moving so fast that, by the time I grabbed my binoculars for a better view, they were no longer in sight. I still have no idea what they were, but rumors abound. My best guess is some secret military aircraft exercise.

I’ve never seen a “flying saucer,” but this is probably a good time to remind everyone that the term “UFO” means simply “unidentified flying object.” So the preceding two examples would have to count as UFOs.

Weather phenomena can be very spooky, especially anything that looks ominous or potentially violent. I’ve seen a tornado, and a continuous cloud-to-cloud lightning display that lit up the sky for almost an hour. Those were both spooky, even though I understood what they were. Likewise the huge dust storm I wrote about earlier this year. If you follow that link, scroll down and enlarge the thumbnail image of the approaching dust cloud. Now that was spooky.

The photo in this post was shot recently right around sunset. Holes in clouds are not that rare — or spooky. But this one was evocative of that eerie scene in Independence Day where the alien spacecraft plows through the atmosphere and opens a “hole in the sky.” If you didn’t see that movie, the photo might not seem “spooky” at all. But the lighting and contrast still make for a beautiful image.

How Dark Is Your Sky?
Eye - Brain - Hand

3 comments on “Spooky Things in the Sky”