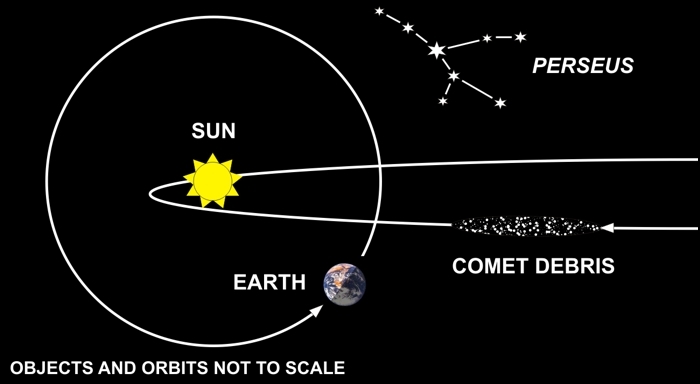 Date: August 13 (although the activity can run for ±1 week)
Time: midnight to dawn
Place: the northeastern sky

Get ready for the annual Perseid meteor shower. This year the peak of activity will be from midnight, August 12th to dawn, August 13th. The Moon, unfortunately, will be full. But if the sky is clear, and you get up around 3 am, you’ll have about a two hour window with the Moon low in the west. It’ll start getting light around 5 am. Of course, even the Full Moon won’t obscure a really bright fireball. And you never know what to expect with a meteor shower. Watch for most of the action in the northeast to overhead.

So get out your lawn chair, grab a cold one, and find a dark location with a clear view of the sky. Then settle in for the night, and prepare for one of Nature’s greatest fireworks displays.