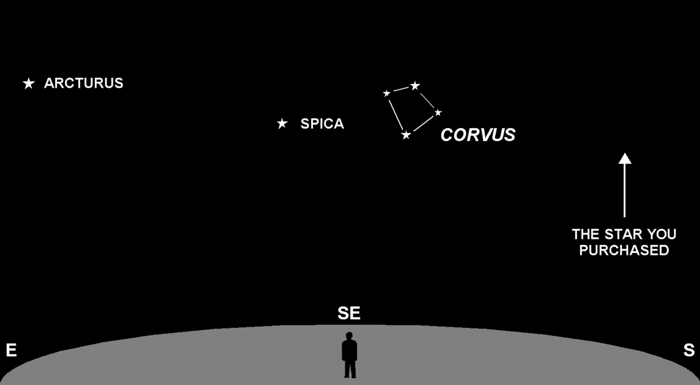 Question: I’ve see these offers in popular magazines where you can buy someone a star as a gift. I’m thinking of picking up a few for friends. Is this for real? — BG, Redmond, WA

Answer: There are several companies that will “sell” you a star, let you give it a name, and provide a fancy certificate with a map of the sky to help you find your star. Unfortunately, there are a few problems with this scheme.

First, nobody owns the stars or has the legal right to sell them. The same law applies to planets and moons in our solar system. This was established by a UN treaty in 1967.

Second, the choice of names for celestial bodies is governed by the International Astronomical Union (IAU) in accordance with historic and scientific conventions. You can’t just name a star anything you want, even if you are its discoverer. The rules are a bit more lax for asteroids, which have been named after pets, mistresses, and favorite authors, but that’s a topic for another column.

Third, the stars that are up for sale are hard to find. They are very faint stars without formal names. The IAU has a numerical code for any star you’d be able to see, and that code will always  remain its official name.

I have helped people find stars they’ve purchased. In almost every case their reaction was “Oh … that’s a pretty dim star.” As always, you get what you pay for. Of course, as a “gimmick” gift it’s a fun thing to do. But a better gift, in my opinion, would be an astronomy book, binoculars, or telescope, any of which you can really own.