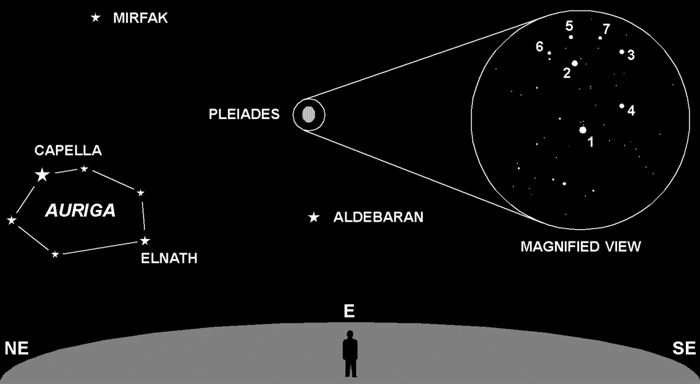 In Japanese skylore Pleiades is known as “Subaru,” which translates into “the grouping.” Next time you’re stopped behind any Subaru in traffic, check out their logo. It features a group of six stars arranged in the correct dipper-like pattern. Why only six? The seventh Sister, Celaeno, is a faint magnitude +5.4 star. That’s very close to the +6.0 limit of naked eye visibility. Only those with excellent eyesight and clear dark skies will spot her (she’s #7 in the chart).