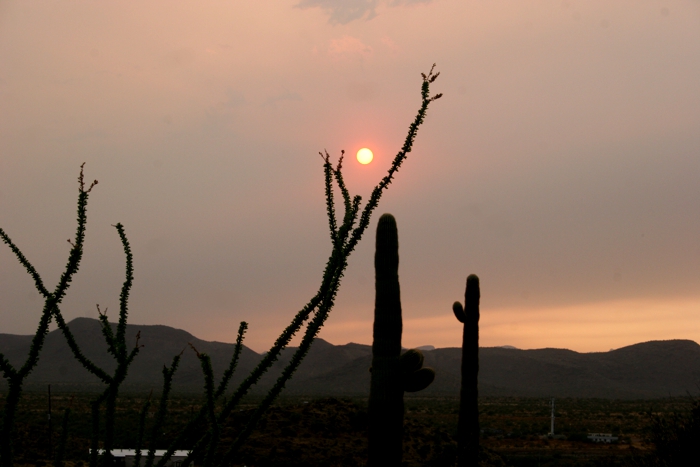 Friday morning, Sep 11, that was the NWS forecast. Arizonans have seen a lot of those “Haze” icons in their forecasts over the last month, all from California wildfire smoke drifting in on the prevailing westerly winds. But this was the first time I’d seen a string of them over multiple days.

So I checked the satellite loop to see how bad it was. The video below is assembled from time lapse images between 1700–1900 Z. Note: Zulu time (Z) is the same as GMT, so this was how it looked late morning over the Southwest:

That’s a massive amount of smoke. The plume is 600 km (400 miles) wide and extends as far as western Texas. We’ve seen smoke from California on several occasions this year. I wrote about a similar event two weeks ago in my Sep 14, 2020 post. But this was the largest and most extended smoke plume I’ve seen. Most of the year prevailing winds are from the east, but in late summer and early fall they become westerly. Here’s a chart showing seasonal winds for Arizona.

When this happens we typically see spectacular sunsets, colored red by Rayleigh Scattering of sunlight off smoke particles. So I readied my camera, and that evening I captured this sequence of images: 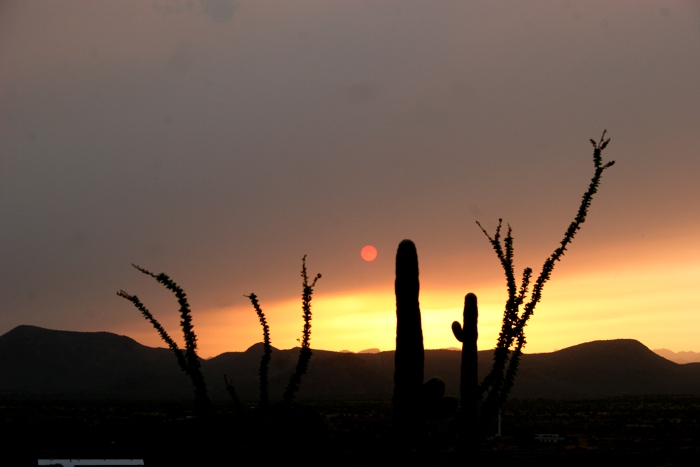 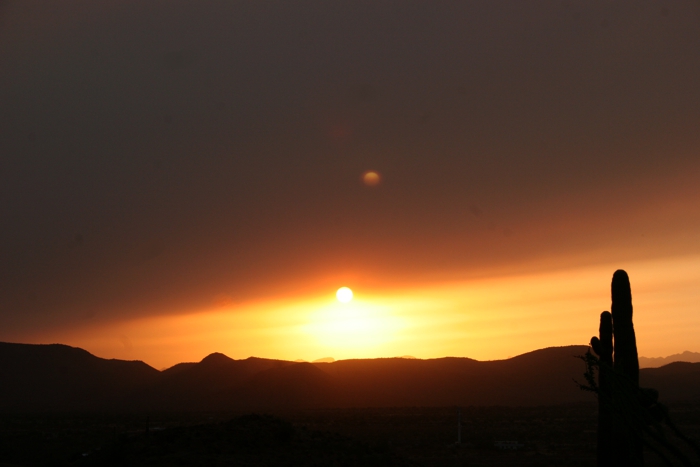 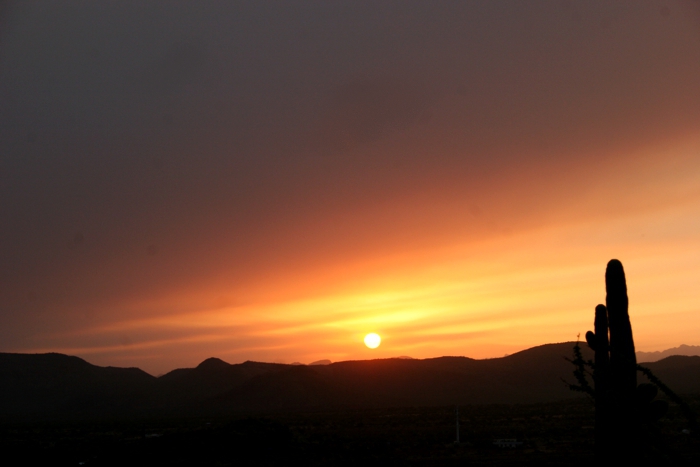 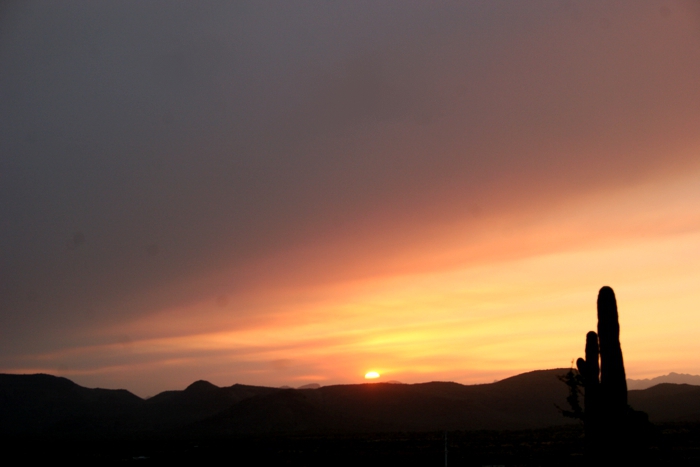 While outside taking those photos I could smell smoke in the air. Mountains normally visible along the horizon were hidden in haze. The scene was surreal. And as expected, the sunset was awesome. But these are just minor consequences of being downwind from the real problem.

If this is the “new normal”, as California Governor Gavin Newsom warns, residents of the Golden State will face more of these wildfires next season. People and infrastructure will suffer. Newsom says anyone looking for proof of climate change should “just visit his state.” The situation is likely to worsen before (and if) it improves.

Scientists emphasize how “climate change knows no borders.” Arizona is an unfortunate example. The Air Quality Index (AQI) in parts of the state has dropped to Moderate (as of this writing). Arizona astronomy is being severely impacted by the smoke. Astronomy brings $250 M/yr into our state and provides some 3,300 jobs. Much of that activity is now shut down. Observatory domes remain closed to protect sensitive optics from abrasive ash. How is your state being affected?

Next Week in Sky Lights ⇒ Incoming Speed of a Meteor

The Colors of Lakes
Q&A: Incoming Speed of a Meteor
HOME