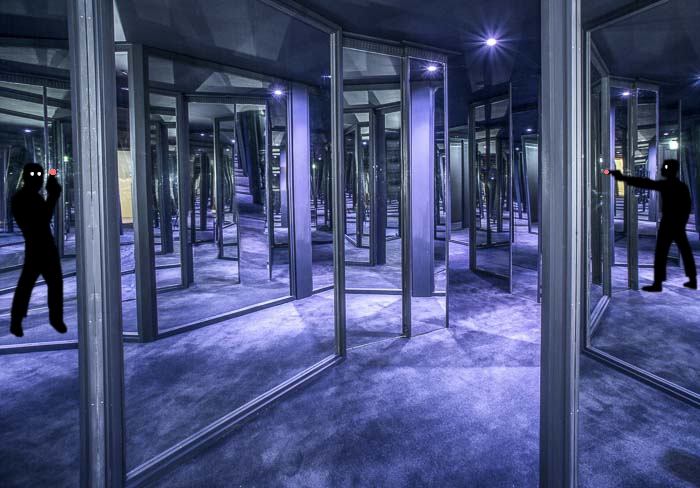 Question: I watched this spy movie where a gunfight happened in a hall of mirrors. The good guy could see multiple images of the bad guy. It was pretty confusing but the good guy won. Is there any way to know which way to aim your gun in a situation like that? — JB, London, UK

Answer: Not really. Let’s first ask a related question: If the good guy can see the bad guy, can the bad guy see the good guy? The answer depends on where the eyes are aimed. And let’s pretend this is a game of laser tag instead of a deadly shootout.

Interestingly, in a mirror maze these “two” opponents could be the same person. Adding further confusion, if the mirrors are very high quality, even if you did have a direct line of sight it would be difficult to tell a reflection from the real thing.

Here’s why being able to see the other persons eye(s) means they can see you: The path of a light ray is a reversible phenomenon. When light strikes a mirror it follows the law of reflection as shown below: 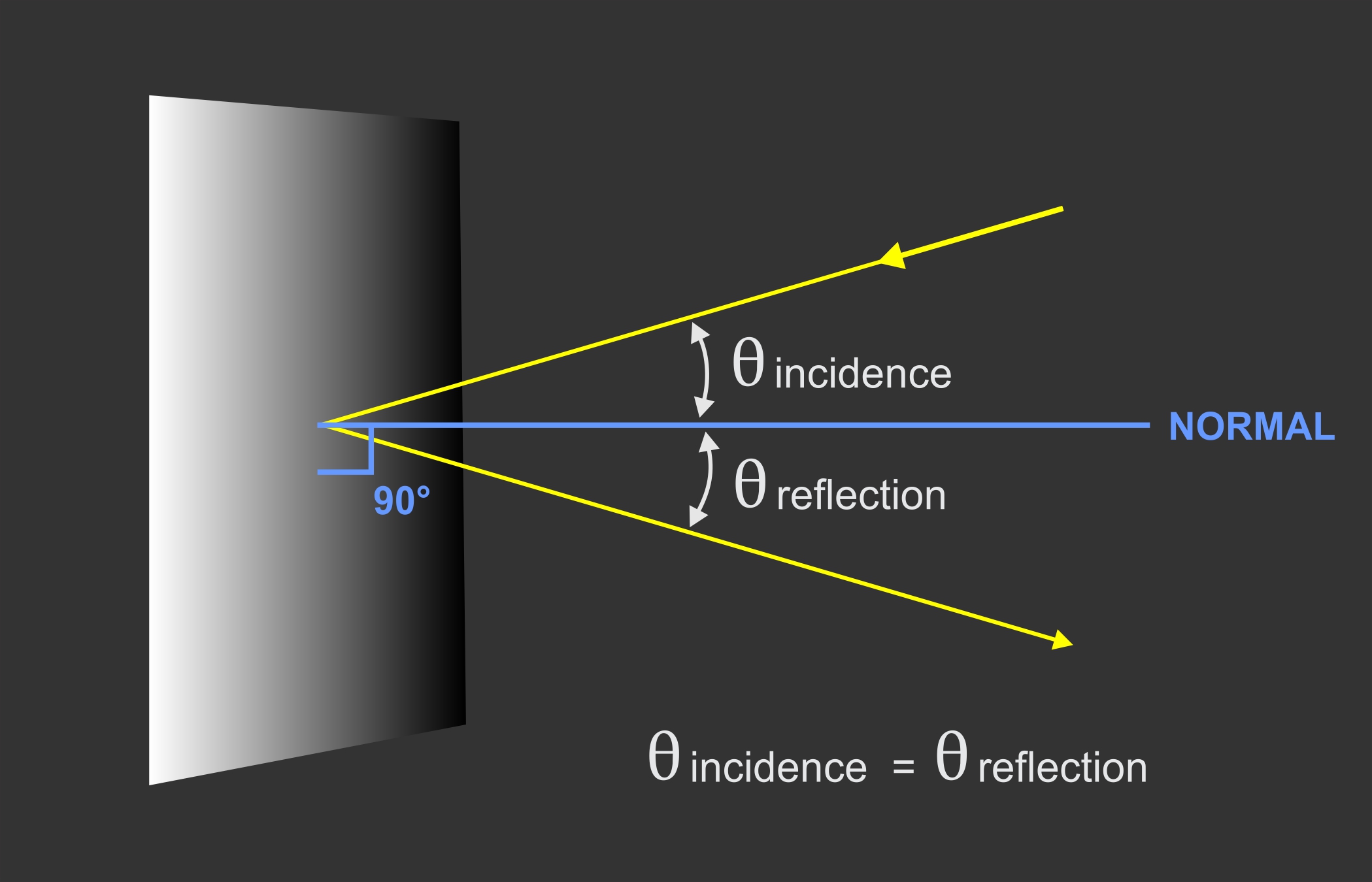 The “normal” is simply a reference line drawn perpendicular to the surface. The distinction between incident and reflected rays is meaningless, since θi = θr, hence the path is reversible. The law of reflection also works for curved surfaces but the geometry gets a bit more complicated.

Consider this hypothetical mirror maze. If you apply the law of reflection every time the ray strikes a mirror you’d get something like this: 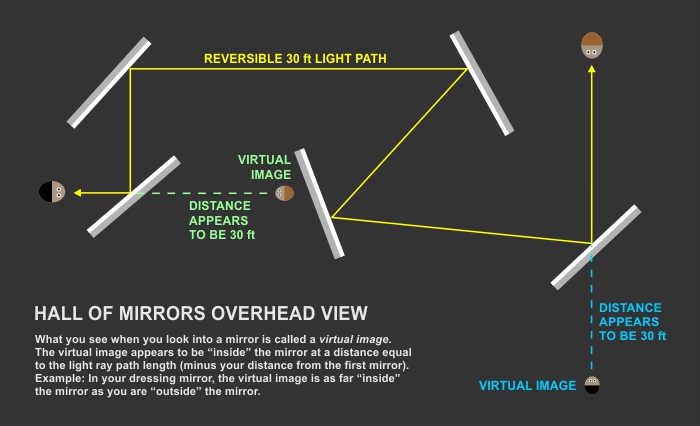 Here, both persons can see each other. Each would appear as if they were 30 ft inside the mirror, reduced in size by distance. 30 ft is the length of the yellow ray to approximate scale. They are actually (as the crow flies) only about 15 ft away. Unless you know the layout of the maze and do the geometry, there’s no way to know in what direction the other person really is.

Technically, since you can see images of each mirror involved in the light path, if you were really good at estimating angles visually, and if there weren’t too many mirrors involved, and if you could do the geometry quickly enough, you might be able to estimate where your opponent really is. But just try that for the top graphic and see how it goes.

So to answer your question: No, there is no good strategy to follow when confronting an opponent in a mirror maze. Visual cues give you only the length of the light path, and that will always be longer than the actual distance — your opponent could be right behind you.

Now bullets, of course, tend to travel in straight lines and go through mirrors. But if you were playing laser tag you’d know exactly where to aim — just aim directly at the virtual image of your opponent. The beam of laser light will trace back along the same path your opponent’s image followed to get from him to you.