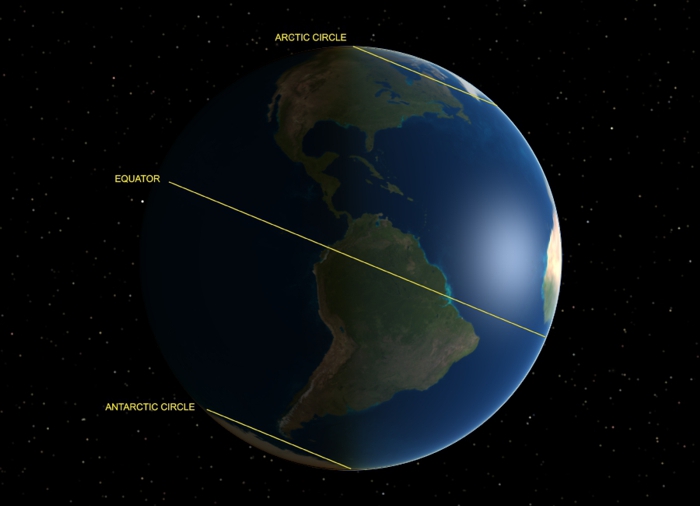 We all learn early on that Earth rotates, and how one rotation equals one day. But Earth’s rotation remains more or less a memorized fact from science or geography, and not a physical reality — until you take a course in physics. The problem is you can’t feel the Earth rotating, and you really need physics to understand why that rotation is not felt.

The above video by Eric Brummel makes Earth’s rotation a whole lot more tangible (without any physics). He used a computer-controlled mount for his camera to keep it centered on a section of the Milky Way for a period of 4–5 hours. Most time lapse astronomy shows the Earth fixed and the stars moving, but here the Milky Way remains at the same point on the screen, and Earth does all the moving.

I find it interesting that he chose to include a highway in his composition. When you watch the Earth “tilt” you almost expect things to start falling over, but the cars don’t seem to mind. They go about their routes oblivious to this tilting landscape, securely held to the pavement by Earth’s gravity.

If you do a search on YouTube for “stars time lapse” you’ll get tons of hits for videos like the following, where the Earth frame of reference is used. These videos have their own beauty and show sky motion that’s too gradual for a casual observer to notice.

I don’t often embed videos from outside sources in Sky Lights, but I had to make an exception for these two. They nicely demonstrate the utility of switching frames of reference to obtain new insights. This is a common technique in science. See my posts Birds Flying Backwards and More Things Moving Backwards. Switching frames of reference can often be useful in other fields — even politics.

Next Week in Sky Lights ⇒ What’s Up With Betelgeuse