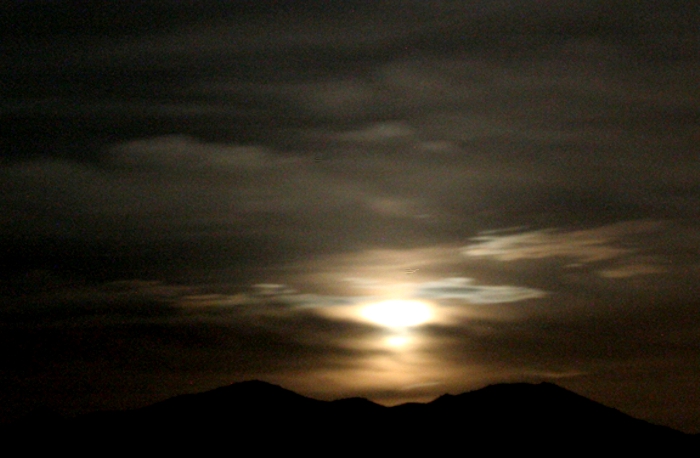 Question: Don’t know if you caught this the other night, but the Moon looked really strange. Almost like there were two Moons and both were vertically squashed. What’s up with that? I’m guessing it might have something to do with the clouds. Sorry about the photo. Best I could do with my mobile. — DD, New River, AZ

Answer: Greetings neighbor, and thanks for the interesting photo. You’re right about the clouds being involved in this unusual display, but there’s something else happening here too — atmospheric refraction.

Before I answer your question, allow me to extend a Happy New Year to my readers. At the request of several who access Sky Lights on their smartphones, I’ve adjusted the site layout for better display on mobile devices. Google Analytics tells me 25% of my readers are now on mobile, 5% are on tablets, and the remaining 70% are on desktops. Sky Lights still looks best on a large monitor, but I’ve been using a responsive theme since 2015 to better accommodate all devices.

Now about atmospheric refraction: When light from a celestial object enters Earth’s atmosphere that light will be refracted. This means it changes direction, bending toward the denser air. Light moving through the vacuum of space has a speed of 3.0×108 m/s (186,000 miles/s). When moving through air it interacts electromagnetically with atoms therein, causing it to slow down by about 0.03%.

The denser the air the more it slows. Since the density of air increases with depth, the light curves downward. A mechanical analogy for this would be a moving vehicle with tires on one side rolling through mud, and the other tires on pavement. Unbalanced drag will cause that vehicle to veer toward the mud.

Light that enters your eye from the bottom of the Moon passes through denser air, and so is bent by a greater degree than light from the top of the Moon (see below). This has two effects. The bottom of the Moon is “lifted” more than the top, so the Moon appears vertically squashed. Second, the entire Moon is “lifted” higher into the sky and appears above where it really is. In fact, when you “see” the Moon sitting right on the horizon, its actual position can be slightly more than one Moon-diameter below the horizon. 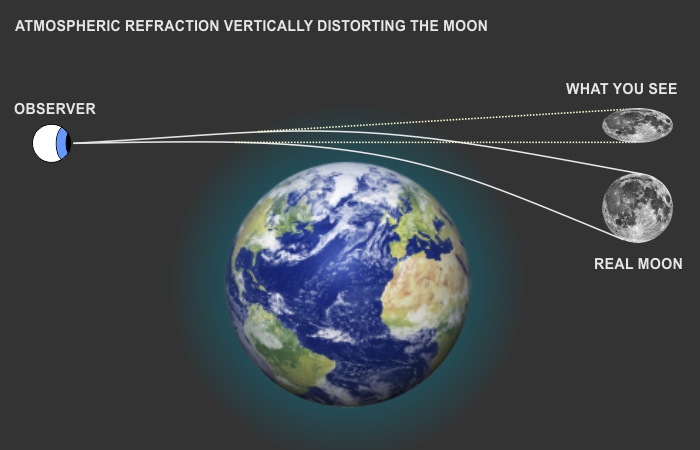 This illusion happens because your eye-brain system has been trained from birth that, if an object appears to be in a certain location (where the light rays are coming from), then that’s where it actually is. This rule works well when you’re reaching for a cup on a table. But light rays can change direction by any number of processes, so where the light is coming from might not be where it really is. You can see a great example of this in my post about Highway Mirages.

Here’s an extreme view of Moon distortion captured by astronaut Don Pettit during his stay on the International Space Station back in 2013. It’s a composite of images taken at regular intervals as the Moon “set” over the curve of the Earth. We rarely see this degree of distortion from ground level.

So, that pretty much explains the Moon’s squashed shape in your photo. It’s not that clear with the clouds in the way, but it’s definitely squashed. The other effect your photo shows is much simpler to understand. Oftentimes during random circulation in clouds, small holes open up. Occasionally, the Moon (or Sun) will be in just the right position to “peek through” that hole. There were two cloud holes in your photo. Or maybe one hole with a narrow foreground cloud in front of it. So you were just seeing two slices of the same distorted Moon. The photo below shows the Sun doing something similar. 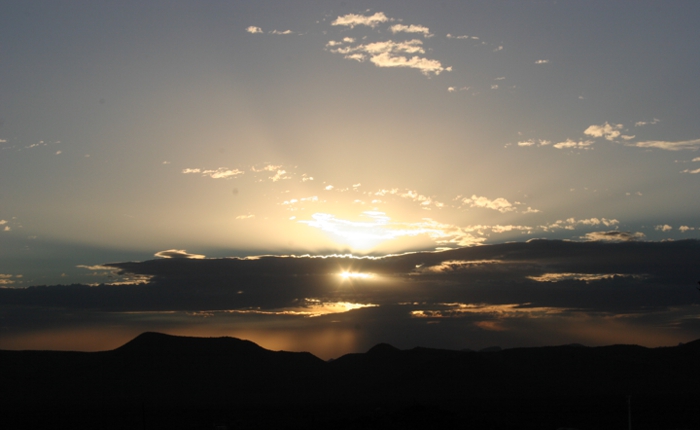 Thanks for sending that photo DD and keep looking up. There’s always something new to see in the sky, but you won’t see if you don’t look. [Skygazers Manual: Rule #1]