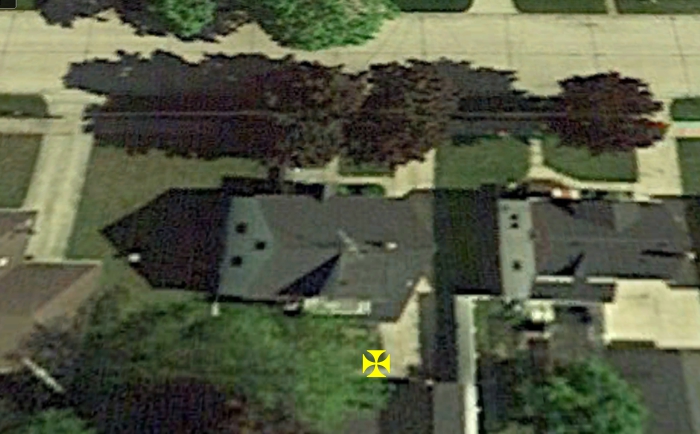 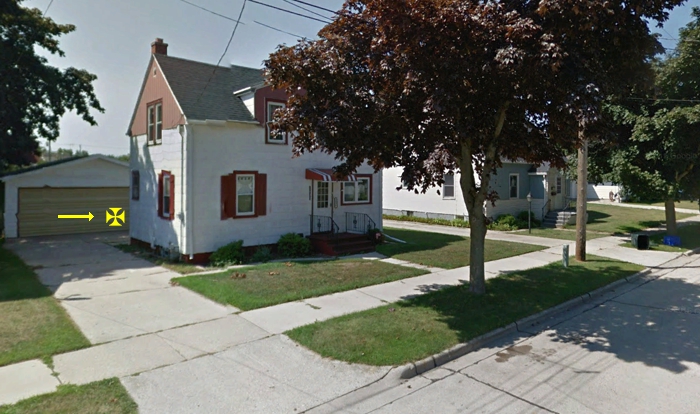 I used a “time machine” last week. I’m not talking Back to the Future type time travel — I couldn’t interact with what I saw, but I did see 53 years into the past. And what I saw answered a long-standing question: What year did I get my first telescope. I tried this experiment back in the mid-1980s but my results were inconclusive. Since then technology has vastly evolved: internet search tools, computer hardware, simulation and visualization software, satellite imagery. So I decided to run the experiment again to see if I could nail the exact year. All I could say for sure was: It was Christmas and I was in grade school.

In early grade school we lived next door to my uncle — a classic “mad scientist” type of guy. He had built his own telescope and, one fine night shortly before we moved to another town, he showed me the Moon magnified by 100X. That happened in 3rd grade, and was the genesis of my interest in astronomy.

It was some time after that when I acquired my own telescope. And though it was exactly the type I now disparage, it was all we could afford at the time. I found a picture of it online in an old Sears & Roebuck catalog. I’m virtually certain it was the $6.99 model near bottom right on the page because I had to lie prone on the ground to use it. Click on the thumbnail to enlarge. 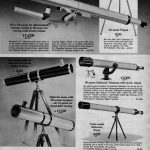 The ad doesn’t say, but I believe that model had a 1.25″ lens for magnification — not much good for anything in the sky beyond the Moon and brighter planets (like Jupiter and Saturn). In fact, I soon tired of it given those limitations, but used it a lot that first year. So I was curious just what year that was. Neither of my parents could remember.

What I do recall with certainty is this: After asking for a telescope for many years I finally had one. Too excited to wait for better weather, I took it outside after sunset on Christmas day. It was a cold Wisconsin evening, but the sky was clear. I shoveled the snow off our back walkway, laid down a rug, and set up my telescope. The Moon wasn’t up or it would have been my first target, so I just aimed my scope at the brightest point of light in the sky, an unknown object toward the southwest at about 30–40° elevation. My first view was, not surprisingly, out of focus.

When I tried to focus, the point of light stubbornly refused to resolve into the expected round dot, instead showing protrusions on both sides. My first take was that the scope was broken or malfunctioning. Then, after tweaking the focus, the object came into clear view — I was seeing Saturn, and the “protrusions” were its rings! I remember thinking to myself “Cool. This astronomy stuff is easy!” Of course, at that time, my finding Saturn was total dumb luck. And it wasn’t much of a view with that small scope at 40X magnification, but the rings were unmistakable and I was thrilled. I always say that was the day I got “hooked on photonics.”

This was all quite some time ago. Today’s technology can accurately simulate what would be seen in the sky from any place at any time. In the 1980s my software was Sky Globe and it ran under the DOS operating system. It was slow, inaccurate, very low resolution, and unable to answer my question. These days I use state-of-the-art open source software called Cartes du Ciel (French for “sky chart”).

Before I could time travel I needed to know the exact location of my “observatory.” For that I needed a “transporter” — aka Google Earth. The image at top shows where I deployed my telescope (X marks the spot), and the second image shows the Google Street View for that location. Yes, that is indeed my childhood home, but now there’s large trees in the back yard that would make astronomy difficult. I copied the coordinates (latitude, longitude, elevation) into Cartes du Ciel and was promptly transported to that location (on my monitor). I swung the view around to the southwest and reached for the time machine activation button.

Well, it’s not quite a “button” — it’s a drop-down menu that allows time to be incremented by seconds, minutes, hours, days, or years. You can move forward into the future or back into the past. The first thing I did was change the date to December 25th and the time to 1 hour after sunset. Then I changed the year, starting with 3rd grade in 1959 and looked at the simulated sky rendered by Cartes du Ciel. Saturn wasn’t even up.

I stepped through the years from 3rd grade through 8th grade and watched the changing display. One year after the next I struck out — either something brighter than Saturn was up, or Saturn wasn’t. I was beginning to wonder if my memory was false. Finally I reached 8th grade (1964) and saw the display below. Click to enlarge. 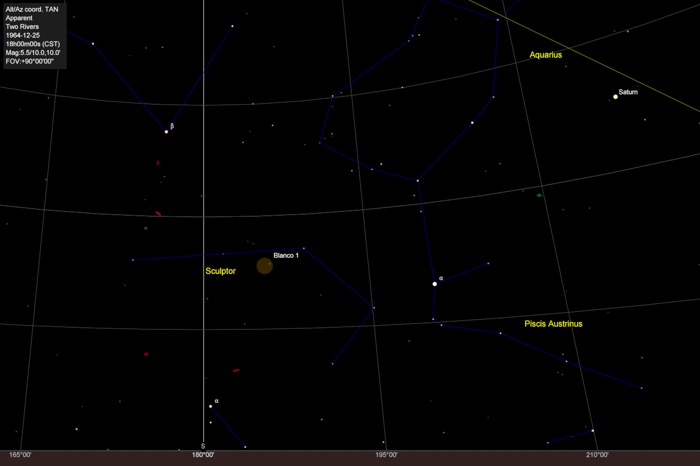 There was Saturn, alone in the southwestern sky, albeit a bit lower than I recalled. But since Saturn was west of the meridian its elevation would decrease as the night progressed. Cartes du Ciel was set for 1 hour after sunset at that location, so maybe I was out observing earlier than I recall.

Interestingly, I checked what the tilt of Saturn’s rings were on that date. The tilt varies between 0–27° over a period of 14-15 years. In 1966 the rings were tilted at 0° and were effectively invisible. In 1964 the tilt would have been around 10° and, though not at their best, the rings would have been visible even through binoculars.

So I can now say with 100% certainty that I received my first telescope in 8th grade at age 13 in 1964. My recall of what else was up in the sky, and the visual appearance of Saturn’s rings, may seem surprising. But astronomers tend to have excellent visual memory, whether or not they keep observing logs.

This was a fascinating journey through time. Surely there is some special astronomical event in your life that you’d like to revisit — an eclipse of the Sun or Moon, a special sunrise or sunset, what the sky looked like on the day you were born or married or had your first child? Get yourself a copy of Cartes du Ciel and Google Earth and do a little research. When you wish upon a star, makes no difference where or when you are. Happy Holidays.