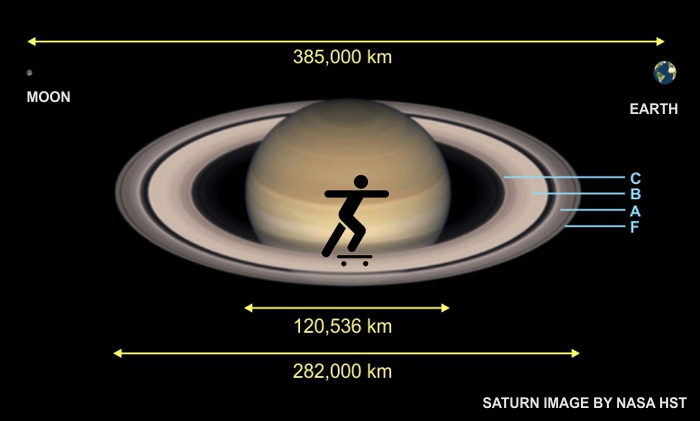 Question: My 6th-grader saw a picture of Saturn in science class and asked me how long it would take to skateboard around Saturn’s rings. She says the rings look like a fancy half-pipe that would allow some pretty long carves. I had no idea what to tell her, so I’m asking Sky Lights. I hope this isn’t too strange of a question. Thanks!  — KA, San Diego, CA

Answer: No question is too strange for Sky Lights, as long as it’s on topic. The short answer is: A very long time. First, for those readers not familiar with skateboard jargon, a carve is a long smooth curved turn. A half-pipe is a surface that provides upward curves on both ends (like a pipe cut in half lengthwise) to facilitate various stunts and acrobatics.

Of course, that assumes you skate 24 hours a day with no breaks. Realistically, you should double that time to 6.4 years to allow for 12 hours off each day. But the ultimate obstacle for this feat is: The rings are not the smooth flat surfaces they appear to be in the top image. After the Cassini-Huygens space probe went into orbit around Saturn (2004) it was able to take this close-up photograph of a section of the rings. Looks like a pretty rough surface for skating. 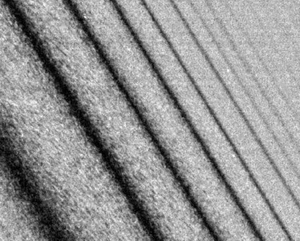 Unfortunately, the rings are worse than “rough” — they aren’t even solid. We now know the rings are actually streams of icy particles anywhere from a meter in diameter down to the size of a snowflake. The streams are 10,000s of kilometers wide, but only 10 m thick. We believe they’re the remains of an icy moon that was torn apart by Saturn’s gravity.

Cassini dived through the gap between the planet and its rings in 2017, but had to shut it’s camera port for protection during the ring passage. Below is a simulation of what it would have seen. Image courtesy of an unknown space artist at NASA. 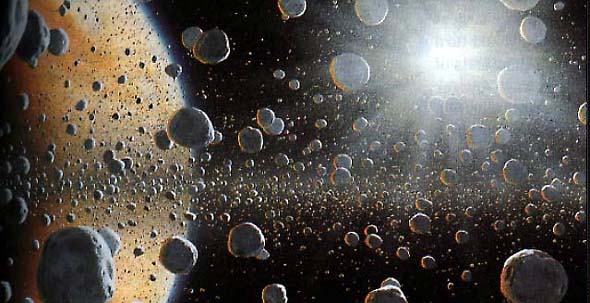 And if you’re thinking about maybe jumping from snowball to snowball (like moguls on a ski slope) consider this: When we say the rings are “10 m thick” that’s just an average. Cassini revealed vertical formations in some of the rings, with particles piling up in bumps and ridges more than 3 km (2 miles) high — like monster waves in water. Of course, you’d be essentially weightless so your run would be more like a series of 3D caroms, and you’d have to wear a space suit which would restrict movement. Bottom line: I’m not sure this would count as “skating.”

Of historical note: Rings are generally named alphabetically in the order they were discovered. Saturn’s rings are narrowly spaced with one key exception: the Cassini Division gap between the A and B rings. This gap is wider than the Atlantic Ocean. Look at the top graphic for a sense of scale. All the ring gaps are caused by gravitational interactions with Saturn’s moons, some of which are embedded in the rings.

So I’m sorry to tell you that Saturn’s rings are impossible to skate, but it was an interesting question. I hope you learned some science from my answer. Best of luck in your sporting endeavors.