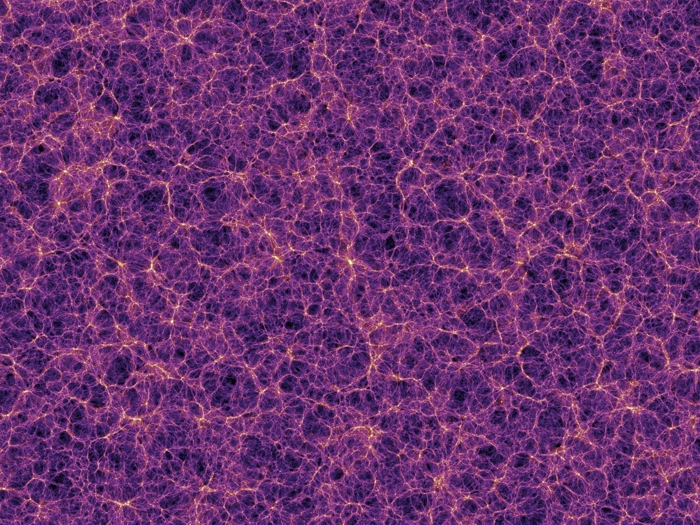 By the middle of the 20th century, telescopic observations had revealed the Universe was filled with galaxies. Before Edwin Hubble’s ground-breaking discoveries, it was thought that our own Milky Way Galaxy was the “universe” and those faint smudges (revealed by Hubble to be other galaxies) were clouds of gas in the Milky Way.

Since this revolution in our perception of the cosmos, it has been assumed the Universe is:

It’s important to note that these concepts only apply at a sufficiently large scale. Obviously, if you look in the direction of the Moon, and then look in the opposite direction, things will appear very different indeed. But if you were floating in space between clusters of galaxies, the view would be far more isotropic.

Likewise, the Universe would not appear homogeneous at the scale of the Solar System or Milky Way. But at larger scales, things are “mixed” together fairly well. At least that’s what we thought.

In the last few decades new imaging technology has changed that paradigm. Isotropy and homogeneity are still valid at the largest scales, but an amazing amount of large-scale structure has come into view. The graphic at top is a computer simulation of the Universe. The model used the known laws of physics and our best estimates for certain quantities (ratio of dark matter to normal matter, rate of cosmic expansion, average density, etc.). It was generated by a super-computer at the Max Planck Institute for Astrophysics as part of their Millennium Simulation Project. The simulation ran continuously for about a month, starting from the Big Bang and evolving over cosmological time.

The simulation used 10 billion “particles” representing galaxies, over a 3D space of 8 billion cubic light years, allowed for the action of “dark matter” and cosmic expansion, and produced over 25 Tb (terabytes) of output data. What you see in the graphic is a 2D slice from that 3D model. What it showed us is exactly what astronomers see with telescopes — galaxies in the Universe are arranged along long filaments, and in between are large voids of nearly empty space. On average, the voids have a density of around 1 atom per cubic meter.

It seems at first glance to violate the homogeneity assumption, but really only forces us to “expand” our definition of what we mean by “sufficiently large.” The thumbnail below shows one of the voids plotted digitally from positional data. Every dot is a galaxy. Of course, when you “see” the void you’re also looking at galaxies closer than, and beyond, the void. But the relative sparsity of galaxies is clearly apparent. It’s in the direction of the constellation Boötes but lies far beyond the Milky Way. The Boötes void is 250 million light years across — that’s about 2500 Milky Way diameters, so it’s a whole lot of nothing. Image courtesy of Richard Powell’s Atlas of the Universe. Click to enlarge. 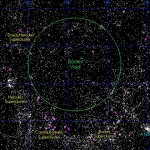 You can see an amazing 3D map of other known voids at: http://www.atlasoftheuniverse.com/200mill.html

Astronomers have discovered these voids are not always empty. The thumbnail below shows a lonely galaxy known as MCG+01-02-015 imaged by the HST. It’s located in one of the known voids seen in the direction of the constellation Pisces at a distance of 330 million light years. There are only three stars in this image, identifiable by their diffraction spikes, and located within our own galaxy. All the other objects are galaxies. MCG+01-02-015 is remarkable not only for its location, but also for its nearly perfect spiral form. This is due to its isolation from distorting influences. Click to enlarge. 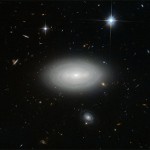 It may look like the galaxy just below MCG+01-02-015 is a near neighbor. But assuming it’s the same size, it must be around 8 times more distant. That places it well beyond the void. In a “normal” crowded galaxy cluster, the gravity from passing galaxies causes a mutual distortion of the galactic discs. Check out this excellent example at APOD.

It’s interesting to note that, if Earth were in a galaxy like MCG+01-02-015, the idea that our galaxy was the entire universe would have persisted far longer. Telescopes capable of imaging very distant galaxies were not developed until the 1960s. Hubble made his discovery in 1922-23, using what was then the world’s largest telescope — the 2.5 meter (100 inch) Hooker Telescope at Mount Wilson Observatory in California.

Next Week in Sky Lights ⇒ Buying Your First Telescope