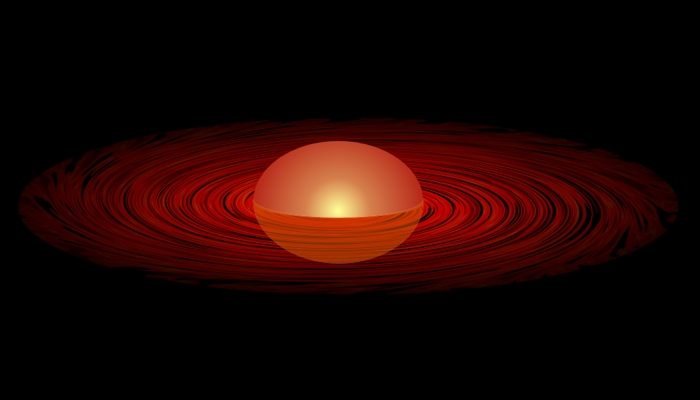 Question: I’m a senior home school student, and my science assignment for this week is to write an essay about stars. From your other posts, I know stars are different from planets and galaxies, are very far away, and are large hot glowing balls of gas. But what I don’t know is how they actually get made. Can you help? — TP, Minneapolis, Minnesota

Answer: Of course I can. Astronomers are pretty sure they understand the process of star formation, even if there’s a few details still being argued about. Stars started forming very early in the Universe, maybe as soon as 200 million years after the Big Bang (which was about 13.8 billion years ago). Stars are still forming to this day, and many of them are close enough to study with telescopes and other instruments.

All stars begin their lives as huge rotating clouds of gas and dust. Gravity tries to pull all this gas and dust together, as it does with all objects. But as the cloud contracts, it starts to spin faster. This is a consequence of angular momentum, and that effect is nicely demonstrated as an ice skater retracts her arms and legs. Rotation increases rapidly. Watch this.

The increase of rotation speed pits centrifugal force (outward) against gravity (inward). The result is a rotating disc of gas and dust with a central bulge held tightly by gravity. As it continues to contract, its core heats up according to the well known laws of gas physics. When the temperature reaches around 10 million Kelvin (18 million Fahrenheit), nuclear fusion of hydrogen into helium begins, and a star is born.

This whole process can take millions of years, but if the protostar has sufficient mass, it will eventually ignite and join the multitude of stars we enjoy in our night sky. Some of the newest stars we’ve observed are in the Orion Nebula, with ages of only around 300,000 years. These are “baby” stars, in the grand scheme of cosmic evolution.

The graphic above is my “artist’s conception” of a protostar still in the process of gathering gas and heating up. When the ignition temperature is reached, things change dramatically. The new star will have contracted to a nearly spherical ball of gas and be uniformly “lit up” as heat from fusion in its core reaches the surface. The stellar wind will begin to blow, and much of the remaining dust and gas surrounding the star will be driven away.

When all the “smoke” has cleared, light from that star can finally begin its long journey outward through space. After many years speeding through the void (the exact time time depends on the star’s distance), that light will reach your eyes.

Next Week in Sky Lights ⇒ The Hubble XDF

Q&A: What Clouds Are
The Hubble XDF
HOME