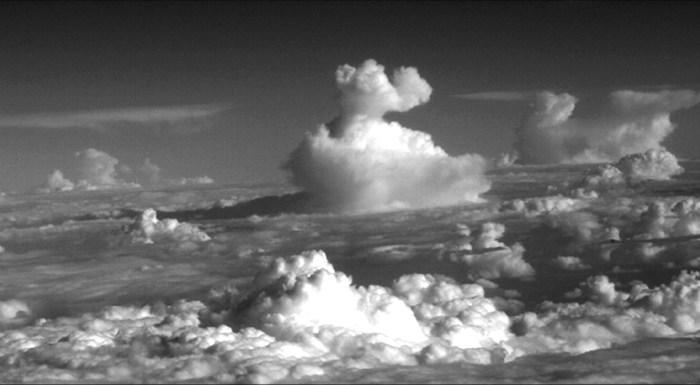 Question: I often hear real pilots, or those in movies, say that “the ceiling is at 10,000 feet, or some other height. Obviously, it’s not a real ceiling, so just what does that term really mean?  — WW, Kitty Hawk, NC

Answer: The precise meaning of ceiling differs slightly, depending on who’s talking. Military and commercial pilots, and meteorologists, all use variations on this term. But we’ll keep it simple and just explain the basics.

Clouds tend to form along what are called “decks,” layers of air at a certain height. You might recall that “hot air rises.” It is this effect, called convection that drives most of what goes on in the atmosphere.

If the air contains enough water vapor, and rises to an altitude where the temperature is cool enough to condense that vapor into liquid water, you get a cloud. Sometimes that cloud is all alone by itself in a blue sky, but often it’s in a large structured mass with a definite “bottom” and “top.”

If, at some height above the ground, the sky is more than 50% overcast, the ceiling is at that height. In a heavy ground fog (clouds on the ground) the ceiling can be zero. If the sky is mostly clear, the ceiling is called “unlimited.” I shot the photo above on a cross country flight. We were at an altitude of 30,000 feet, and above the top-most layer of clouds. Except for the protruding convection cells, it shows nicely the tendency of clouds to form along decks.

Q&A: The Analemma
Q&A: Strange Trails in the Sky
HOME