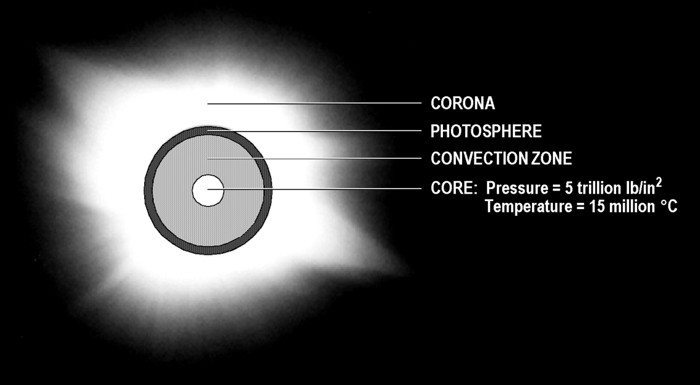 Question: I was looking at this really bright star last night. I think it was the brightest in the sky. It made me wonder, and so I ask, why do stars shine? — JH, Flagstaff, AZ

Answer: That seemingly easy question was a puzzle to astronomers for centuries. It wasn’t until the middle of the last century that we finally figured it out. Let me first remind you that our Sun is also a star. It’s the closest star to Earth, which is why we can feel its heat. So I will answer your question in terms of the Sun.

Several theories had been suggested to explain why it gave off so much heat and light, including the idea that the Sun was made of coal or some other flammable substance. But none of these theories would allow the Sun to shine for more than about 30 million years, much less the 4.5 billion years we know it has.

The answer came as a result of studies in nuclear energy. The pressure and temperature in the core of the Sun are so extreme that hydrogen atoms are fused together into helium atoms. As a result of this nuclear reaction, huge amounts of energy are released in the form of heat, light, and radiation.

The heat rises by convection to the photosphere, the incandescent “surface” of the Sun. It is here, in the photosphere, that the “shine” is emitted. Put simply, stars glow because they are hot. The hottest glow blue-white, the coolest glow red. Our Sun, only an average star, glows yellow-white.

The image above uses part of a photo I shot during a total solar eclipse in 1991. The Sun’s corona, or “atmosphere,” is not normally visible since the photosphere is so much brighter. Only during a total eclipse, when the Moon blocks the photosphere, does the beautiful corona come into view. If you’d like to see the original photo, showing the silhouette of the Moon over the photosphere, see: http://www.dfacaz.org/astrophotos/1991Total-Heim.html.

Discussion of “Q&A: Why Stars Shine”