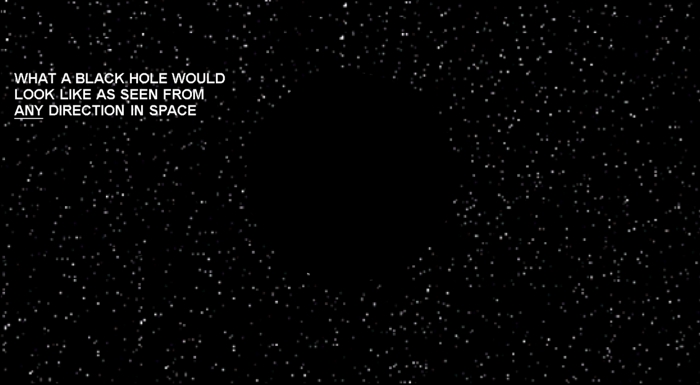 Question: I keep reading about these strange things called black holes. Are they for real, and if so, what would they look like if seen from a spaceship? — WD, Anaheim, CA

Answer: Astronomers have never seen a black hole directly, but their existence is based on a well-established theory, and we have seen indirect evidence of black holes. Most astronomers now believe they do indeed exist.

Way back in the 19th century, physicist Joseph Lagrange first realized it was possible to have an object with gravity so strong not even light could escape its surface. The term “black hole” is of more recent origin. It was  first used in 1969 by physicist John Wheeler.

Light moves at the astounding speed of 186,000 miles per second … fast, but not infinite. So if an object had enough gravity, light would fall back just like you do when you jump. That’s a black hole. They can’t emit or reflect light, so they appear totally black. What they really are is a hotly debated question.

Test Your Eyesight on Alcor
Q&A: The Size of the Universe
HOME